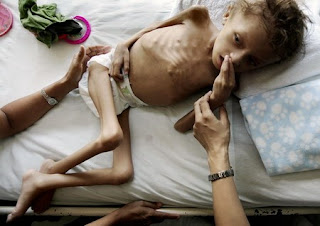 TAP.  Make no mistake.  Someone has decided to cut the earth’s population by 90%.  They even built a monument to the fact that this is their plan.  That’s how powerful the world government is.  They can publicly announce the deaths of 7 Billion people, and no one says a word. Advertisement
Privacy | Remove Ads
On one of the highest hilltops in Elbert County, Georgia stands a huge granite monument. Engraved in eight different languages on the four giant stones that support the common capstone are 10 Guides, or commandments. That monument is alternately referred to as The Georgia Guidestones, or the American Stonehenge. Though relatively unknown to most people, it is an important link to the Occult Hierarchy that dominates the world in which we live.
The origin of that strange monument is shrouded in mystery because no one knows the true identity of the man, or men, who commissioned its construction. All that is known for certain is that in June 1979, a well-dressed, articulate stranger visited the office of the Elberton Granite Finishing Company and announced that he wanted to build an edifice to transmit a message to mankind.
He identified himself as R. C. Christian, but it soon became apparent that was not his real name. He said that he represented a group of men who wanted to offer direction to humanity, but to date, almost two decades later, no one knows who R. C. Christian really was, or the names of those he represented. Several things are apparent. The messages engraved on the Georgia Guidestones deal with four major fields:

In the public library in Elberton, I found a book written by the man who called himself R.C. Christian. I discovered that the monument he commissioned had been erected in recognition of Thomas Paine and the occult philosophy he espoused. Indeed, the Georgia Guidestones are used for occult ceremonies and mystic celebrations to this very day. Tragically, only one religious leader in the area had the courage to speak out against the American Stonehenge, and he has recently relocated his ministry.
THE MESSAGE OF THE GEORGIA GUIDESTONES

Limiting the population of the earth to 500 million will require the extermination of nine-tenths of the world’s people. The American Stonehenge’s reference to establishing a world court foreshadows the current move to create an International Criminal Court and a world government. The Guidestones’ emphasis on preserving nature anticipates the environmental movement of the 1990s, and the reference to “seeking harmony with the infinite” reflects the current effort to replace Judeo-Christian beliefs with a new spirituality.

The message of the American Stonehenge also foreshadowed the current drive for Sustainable Development. Any time you hear the phrase “Sustainable Development” used, you should substitute the term “socialism” to be able to understand what is intended. Later in this syllabus you will read the full text of the Earth Charter which was compiled under the direction of Mikhail Gorbachev and Maurice Strong.

In that document you will find an emphasis on the same basic issues:
The similarity between the ideas engraved on the Georgia Guidestones and those espoused in the Earth Charter reflect the common origins of both.

Yoko Ono, the widow of John Lennon, was recently quoted as referring to the American Stonehenge, saying:

“I want people to know about the stones … We’re headed toward a world where we might blow ourselves up and maybe the globe will not exist … it’s a nice time to reaffirm ourselves, knowing all the beautiful things that are in this country and the Georgia Stones symbolize that. ” (1)

What is the true significance of the American Stonehenge, and why is its covert message important? Because it confirms the fact that there was a covert group intent on,

Certainly the group that commissioned the Georgia Guidestones is one of many similar groups working together toward a New World Order, a new world economic system, and a new world spirituality. Behind those groups, however, are dark spiritual forces. Without understanding the nature of those dark forces it is impossible to understand the unfolding of world events.

The fact that most Americans have never heard of the Georgia Guidestones or their message to humanity reflects the degree of control that exists today over what the American people think. We ignore that message at our peril. The Age of Reason was a book written by Thomas Paine. Its intent was to destroy the Judeo-Christian beliefs upon which our Republic was founded. The hole that you see in the stone was drilled in the Center Stone so that the North Star could be visualized through it at any moment. This was one of several requirements stipulated byR.C.Christian for the building of the American Stonehenge and reflects his obsession with the alignment of the stars, the sun, and the moon.
Occultists often worship the alignment and movement of heavenly bodies as part of their religious ceremonies.
The Tap Blog is a collective of like-minded researchers and writers who’ve joined forces to distribute information and voice opinions avoided by the world’s media.