TAP – could there be another reason?……………….From beforeitsnews.com 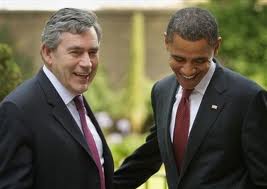 are yet to be sold

at a number of

are yet to be sold while

at a number of football

games has been reduced,

tickets were on sale

available to buy for other

sports at the moment.

are due to go on sale

after being returned by

from around the world.

TAP – Sorry about the editing.  This one’s impossible to justify (as regards layout), no matter what I do!

700,000 Olympics tickets unsold
(UKPA) – 2 days ago
Around 700,000 Olympics tickets are yet to be sold while capacity at a number
of football
games has been reduced, organisers said.
Locog said 250,000 football tickets were on sale while 50,000 tickets are
available to buy
for other sports at the moment.
In addition, 200,000 football tickets and 200,000 tickets for other sports are
due to go on
sale after being returned by Olympics committees from around the world.
Organisers said there had been around one million football tickets left but
these have
been cut in half by reducing capacity at stadiums.
A spokesman for Locog said: “We are planning to reduce capacity across the
venues by
up to 500,000 tickets across the tournament.
“This will involve possibly not using a tier, or an area of a ground, in some
of the venues.
“This can apply to men’s and women’s football, if necessary.”
But, speaking at the first daily press briefing at the Olympic Park in
Stratford, east London,
London 2012 chairman Lord Coe insisted that ticket sales were
“not in bad shape”,
saying about 150,000 football tickets would also be available through the
Ticketshare programme.
He added: “They are in reduced-size venues of course, we have scaled
down the size of
those venues. We’ve sold more football tickets than we’ve sold for
anything else.
“We’re not in bad shape on tickets. It was always going to be that
football tickets were the challenge but I think we’ll do pretty well.”
Copyright © 2012 The Press Association. All rights reserved.