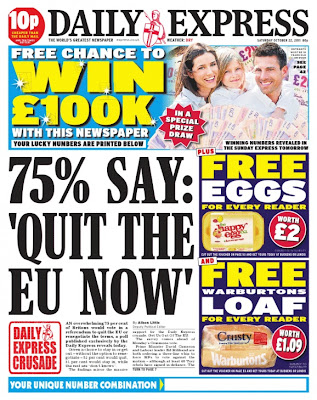 LATEST SURVEY ON CURRENT POLITICAL THEMES
Over the two week period from the beginning of June, 4 students as part of a larger LSE study
worked a telephone poll each evening asking the following questions.
No record was kept of nationalities, or whether employed or unemployed.
1  Would you suport another government war this time on Iran.
results 68% no 5% yes  rest dont knows
2    Do you agree generally  with the government wars on mid east countries. ?
70% no 4% yes  rest dont knows.
3 Would you agree to Bush Blair and Sharon being prosecuted for what they have done in Iraq, Palestine Afghanistan Syria Libya and Lebanon, ? 62% yes 12% no rest dont knows.
4   Do you think the British government aquiesed in the kilings of Dr. David Kelly and Princess Diana ? 76% yes 14% no   rest dont knows
5    Do you agree with current levels of immigration into Britian ?
an astonishing 83% no 9% yes rest dont knows.
6   Are you in favour of Britian holding the olympics?
70% no  yes 15% rest dont knows.
( there was much criticism of the zion politicising of the so called games )
7   Has unemployment affected your family
85% yes 10% no rest dont knows.
8   If there was an election tomorrow would you vote ?
73% no   12% yes rest dont knows.
9   Do you value our current political leaders in Britian ?
79% no  6% yes rest dont knows
10   Should Britian leave the EU ?
61% yes  15% no  rest dont knows,
( before voting on this question many seemed unsure )
11  Asking for general opinions, many felt the government was way too racist against its own people, many wanted job creation programmes, and criminal offenders immediately deported, the NHS was constantly criticised, as was health tourism from incomers, the police were said to have lost touch and the support of the public, many people were fed up with the israel lobbies control of media and TV, and many felt taxation was way too high
Dr N Patel  Doctors against racism.

my sister in law is a secretary for doctors against racism, she types up stuff and answers the phone, she gave it to me, the next survey in the autumn is what really interests me !!
The Tap Blog is a collective of like-minded researchers and writers who’ve joined forces to distribute information and voice opinions avoided by the world’s media.

4 Responses to “61% Say Britain Should Leave The EU”