Hi Tap, many thanks for Gordon’s e-Mail , please thank him if you will. Numerology is a very DEEP SUBJECT, there are many who don’t believe in it, but obviously Gordon thinks differently, about it, at 20.35 I would suggest it was synchronistic. don’t you think?   He might even come around to my views on Jesuits, many of whom are Crypto Jews. Whilst they are Physically Jews they must only be considered as Jesuits. The higher Strata will also be SMOMS, & ARE VERY POWERFUL PEOPLE. 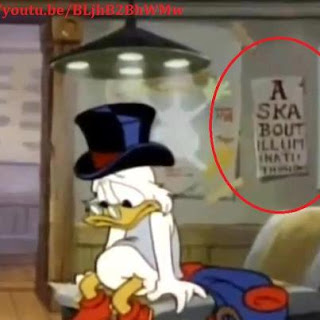 I try to look at things from the creators perspective and to me there
is no greater mathematician than He and what we have learned is not
new under the sun but known long, long before us. As for the
Crypto-Jews and the Jesuits go, their day is now but will come to an
abrupt end. I also believe that if we don’t learn from history we will
be made history!
Gordon.

Well it’s been quiet today on The Tap. Perhaps everyone is feeling
down that they didn’t see what they expected concerning the Olympic
opening ceremony. Big Ben still stands, the underground tube is still
intact and the Olympic Stadium remains standing. No bombs went off, no
nukes and no mass death and destruction. Perhaps they remain overawed
by the performance and the spectacle of the dazzling lights and
fireworks display. Who knows!

In reality what we got was something by far, far worse and more
sinister than any nuke exploding causing mass death and destruction in
London. What we really got was the invocation of Satan the devil, the
deceiver of the whole world to come into attendance and into the world
though this Satanic Mass. For those who don’t know, Satan with his
fallen angels and evil spirits must be invited and that is exactly
what the Illuminati Zionists performed, a Satanic Mass! What they have
asked for is the power of darkness and destruction to come into our
mists. A darkness and destruction of unimaginable magnitude that will
destroy this world. Oh you stupid, stupid people! You think you are
saviours of the world but have condemned it!!

Sunset 27/7/12 is the start of 9th Av ending sunset 28/7/12. Please
follow the link below to get a better understanding of this Satanic
Mass and the 9th Av. The pictures didn’t load in the page for me but
by loading them in a new tab they were fine.
http://prophecybeyond.ning.com/profiles/blogs/shocking-bells-to-ring-out-for-satanic-london-2012-olympic-games

Don’t expect immediate results from this Satanic Mass but over the
next few months you will notice a change come over the earth and the
world we live in. Pay attention to the US election to be held on
Tuesday, November 6, 2012. The Destroyer coming up behind the sun in
December and those mysterious underground bunkers ordered by Putin to
be up and running by December 2012.

On a better note and words of advice don’t anyone fear for it’s fear
these evil people play on. Stand firm, be strong.

TAP – It seems that this numbers game is too easy.  Every number could be the one.  It’s like a game of bingo.