Conflict of interest is rampant not only within the field of medicine, but the revolving doors between government and industry has effectively led to a situation where it’s now extremely difficult, if not impossible, to trust conventional health advice from the federal government—which is supposed to be independent due to this massive collusion between government and industry.  Here are a few more examples of the many revolving doors between the pharmaceutical industry and the US government:
There are countless others—so many, in fact, I’m sure you could fill an entire book with examples. These types of blatant conflicts should simply not be tolerated, but they most certainly are. For now the majority still does not understand the pharmaceutical industry’s power and influence over government, and the field of conventional medicine itself, but the tide is beginning to turn, and will continue to do so as more and more people get informed.

and don’t forget what their real agenda is or might be – killing as many people as they can. 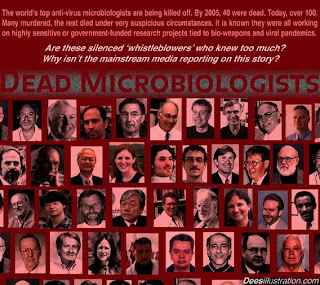 2 Responses to “Understand Who Controls Your GP And Dentist”