Hi Tap your influence is growing daily as an Important Source of Alternative Information, so here is a different slant on a recent item. together with a missed Link
There have been many great Scientists, but one who stands out on a Par with Nikola Tesla, is the late Richard P. Feynman, a man of great intellect & wisdom.
His Iconic Status was  well earned. I have read many of his Books, & would recommend anyone who hasn’t , to put him on their reading list.
I have mentioned Feynman on numerous occasions, one in particular with respect to his views on Pseudo Sciences, Like Global Warming – which he aptly named Cargo Cult Science.
He was noted for his skill as a great Teacher, and went to great lengths to simplify issues.
in the light of normal understanding for the less adept, stating that unless this could be done no one really understood the concept. 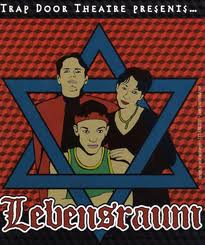 Sustainability.  No difference.
This was exemplified on one occasion when asked to explain. why spin one-half particles obey Fermi Dirac statistics. [It’s not necessary to understand what this means, just that it ain’t easy]. Rising to the challenge, he said, “I’ll prepare a freshman lecture on it.” But a few days later he told the faculty member, “You know, I couldn’t do it. I couldn’t reduce it to the freshman level. That means we really don’t understand it.”
I am sure you can see how this relates to far lesser individuals when asked to explain what they mean by  The Simple Term ‘SUSTAINABILITY’ we hear so often.  They have to over complicate an Explanation to try & Define Sustainability & end up stating a load of Clap Trap.
This suggests they don’t understand it themselves or know what Feynman would probably have defined it as viz ‘A EUGENICS AGENDA’ Called Agenda 21 by its other name. But didn’t want to let ‘The Cat Out Of The Bag’.
Everyone should inform their friends that this is no Fairy Story, it is happening &  that it’s Conduits of  ‘GLOBAL WARMING/CLIMATE CHANGE ARE  A LOAD OF BOLLOCKS’ as well.
Here is  missed  Link I sent you in the week Tap viz. REALITY CONTROL take your pick. I sent it  in to one of The Comments Boxes.
Since each of the three super-states is unconquerable, each is in effect a separate universe within which almost any perversion of thought can be safely practised. Reality only exerts its pressure through the needs of everyday life – the need to eat and drink, to get shelter and clothing, to avoid swallowing poison or stepping out of top-storey windows, and the like. Between life and death, and between physical pleasure and physical pain, there is still a distinction, but that is all. Cut off from contact with the outer world, and with the past, the citizen of Oceania is like a man in interstellar space, who has no way of knowing which direction is up and which is down.
The rulers of such a state are absolute, as the Pharaohs or the Caesars could not be. They are obliged to prevent their followers from starving to death in numbers large enough to be inconvenient, and they are obliged to remain at the same low level of military technique as their rivals; but once that minimum is achieved, they can twist reality into whatever shape they choose.
REGARDS  ………..  WASP


TAP  –   I remember writing that sustainability was the modern day equivalent of lebensraum on the blog intro over a year ago.  It has since disappeared, no doubt a visit from a secret editor.  I remember a commenter on Poltiical Betting who called in saw it and said this was proof I was some kind of tin hat nutter!

The equating of the two is a theme in Delingpole’s Watermelons, which I’m reading.