What are the chances you will read this information about autism being caused by the MMR vaccine in an Italian youngster in the mainstream USA media, e.g., TV, newspapers, magazines, online? How about nil! 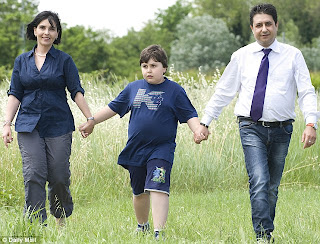 I do not believe I can do Valentino’s story the justice that both Judge Ardigo and Reporter Reid gave it, so I defer to them.  I ask that my readers click on this link to read the details
http://www.dailymail.co.uk/news/article-2160054/MMR-A-mothers-victory-The-vast-majority-doctors-say-link-triple-jab-autism-Italian-court-case-reignite-controversial-debate.html.
Coincidentally, Valentino’s decision reminds us of the Hannah Poling case in the USA wherein the vaccine court ruled the vaccine she received ‘somehow’ caused Hannah’s autism.  However, the U.S. vaccine court couldn’t make up its mind about mitochondrial involvement.
Please share this information with your email buddies and folks you network with, as the media in the U.S. definitely plans on ignoring this important vaccine news, I think.  Isn’t it apparent that the U.S. media are in the clutches of the FDA and Big Pharma?  Where’s our free press hiding on this one?
Reference
[1] http://www.dailymail.co.uk/news/article-2160054/MMR-A-mothers-victory-The-vast-majority-doctors-say-link-triple-jab-autism-Italian-court-case-reignite-controversial-debate.html
The Tap Blog is a collective of like-minded researchers and writers who’ve joined forces to distribute information and voice opinions avoided by the world’s media.