Only yesterday Twig suggested in comments I read ‘Watermelons’ written by James Delingpole.  It was surprising therefore to find myself this evening standing next to this very same person at a meeting of Owen Paterson’s Constituency supporters.  He provided an hour’s entertaining talk, with some useful insights, and is a very good performer.  Yet he failed to tackle anything but safe media subjects.  One questioner asked him about fluoride.  He merely shrugged his shoulders, knowing that to be a non-topic with journalists and MSM. 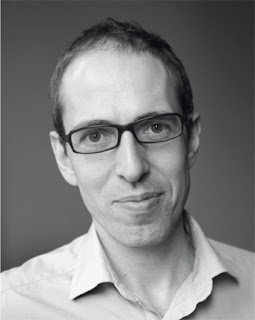 You might wonder how I can still support Owen Paterson, Sec of State for Northern Ireland, Privy Councillor and cabinet minister, when I write my opinion of David Cameron on here so clearly.  There are still good people within the Conservative cabinet, and I would count Owen as one of those.  Iain Duncan Smith and possibly Michael Gove alongside.

How much they know about the global elites and the power of the bankers, I don’t know.  They try to bring about good outcomes for ordinary people every day of their lives, battling the corrupt power structures that stand in their way.  Owen nearly saved British fishing, until Cameron abandoned the IDS/Paterson policy of withdrawal from the EU’s Common Fishing Policy.  He did a great job at Transport, until he was reshuffled.  If only there were more like him, people might have more faith in politicians.  In the current government, he’s attending to Northern Ireland’s terrorist troubles with almost nil media coverage.  In my book, those troubles have more to do with evil scheming from globalist intelligence services seeking the dismemberment of Britain, than anything from the Irish people – the same globalists who have smashed Ireland’s economy to smithereens, and broken her faith in democracy.

James D mentioned the banksters and the power of corrupt large corporations, and their links to the environmental movement and the communists.  Yet he never personalized his attacks, or suggested they could be linked to David Cameron, yet cameron is totally sold out to the environmentalists.  The enemy were allowed to slope away unnamed.

It was if, to Delingpole, Cameron was still somehow part of the normal human race, and not the corrupted globalist monster it is now so clear to see that he is.  Delingpole was at Oxford with both Cameron and Boris Johnston, and he sees Cameron as someone who saw himself as ‘born to rule’.  While Boris had to scrape a living as a journalist and has some idea what normal life is like for ordinary mortals.

Delingpole doesn’t realize how overwhelming the power of the elites is, and has no suggestion as to how it can be dealt with.  He still has a quaint belief that somehow the awfulness of the situation can be turned around, but no suggestion as to when or how, preferring denial and an assumption that parliamentary democracy can somehow turn the tide of history, and stop total power rushing to the centre,  and falling into the hands of a handful of nameless individuals, who plan to depopulate the planet.  No wonder he didn’t want to talk about Fluoride or other agents being used to poison human beings.  It doesn’t fit with his worldview that the criminals are really still some kind of gentlemen, because they once frequented Oxford University and the House Of Commons.  He has some catching up to do. 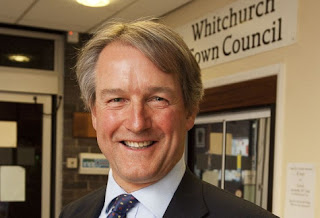 Owen rallied his troops by saying that while he agreed things were bad, it would always take the Conservative Party to turn the situation around, and there was no other agency available in the country who could do so.  He is right, which is why it is so tragic that the banksters secured total power over the Party when they maneuvered Cameron into position.  ‘Get rid of Cameron, ‘ I said, in conversation with some members of the audience afterwards before going home.  Everyone went quiet.  They know where the trouble is coming from, but no one wants to face up to the awful truth.

James Delingpole signed his book Watermelons – (presumably environmentalists are green on the outside, communist on the inside), with the words – To Henry, a fellow blogger. J.D. the book is published by Biteback Publishing, Iain Dale’s operation.  GBP 15.00

10 Responses to “Get Rid Of Cameron, I Said. Everyone Went Quiet.”