Things have moved on quite a bit in the two months I’ve been away, as regards UK chemtrailing, at least.  The long lines of trails that made grids above our heads in broad daylight, with few noticing, have mostly gone.   People finally began to take notice after the internet provided a channel for exposing what is happening in the skies above people’s heads. But the chemtrailing hasn’t stopped.

The first thing I noticed, on my return, was night-time spraying, which was visible in the mid-summer dawn at 3.30 am last week.

Then you notice murky skies when clouds clear away, and let the sun through.  It’s not as bright as it should be.  People are being deprived of sufficient Vitamin D, a vital element of human health, including our capacity to fight cancer.

The dumbos who think they’ve hidden their evil purposes from view, also spray above intermittent clouds, opening the valves when they think they’re shielded from view, shutting them off when they re-appear in line of sight from the ground.  ‘Clouds’, though, move at different speeds at different altitudes, so their handiwork becomes apparent within minutes of the plane’s passing, and their chemtrails’ unmistakeable characteristics are seen. 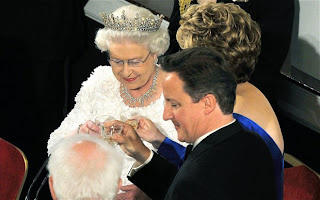 You really think they don’t know?

Imagine how hard these high level military ‘intelligence’ staff officers are working their tiny brains, the same criminals who are carrying out NATO OPERATIONS EVERGREEN and CLOVERLEAF to exterminate humans, as they flex and adjust these very complex strategies.  On the ground watching their trails, we can read their minds and see how obtuse are their strategies.  What a shame the people carrying out these acts are unable to see that what they are doing will eventually bring down a pile of retribution on their heads.  If they did, they would get out now while they still can, and plead that they resigned when they knew what they were being required to do.  Once the powers that be are eventually thrown out of power, the chances that a plea of ignorance will save their skins, is remote.  Spraying uranium, boron, barium, aluminum and a host of viruses for years on end over human population centers, will take a bit of explaining.  They are guilty and provably so.

If in doubt about NATO’s intention to kill human beings with chemtrails, see United Nations Agenda 21, the Agenda for the 21st Century.  It’s all explained there clear enough.  It’s just that the BBC will not publicize the real agenda, preferring to bamboozle your brain with Royal Festivals, honoring the very people who have decided to kill you.  Prince Charles has a key role in United Nations ‘environmental’ programmes.  Just imagine the kind of people these are, who lurk behind ‘royal’ and high political smiles.  You think they don’t know?

I should add you only need to add filters to the Buck Pal air conditioning units, and the royal bankers can breathe pure fresh air, except when they venture out of doors.  That is no doubt kept to a minimum as they must surely know that the air the peasants are given to breathe is lethal.

10 Responses to “Chemtrailing Cowards Hide Their Sprays Above Clouds”