I think that there is something interesting in these two videos:

It is purely visual and has nothing to do with any questions asked or answers given. Can you spot it?


Stedra Rulz  Great videos, Stedra. OK, what is it that we are meant to spot? That these people are lying, and look uncomfortable in their lies? That they choose carefully which questions to answer and which ones to ignore?  Or are you suggesting that their facial features are similar……?  Surely Blair’s not another flipping Rothschild!!!

There are reports from other correspondents that Blair can never be seen in public alongside Prince Andrew.  The suggestion made is that they are close blood relatives.   If the Blair/Rothschild theory holds water, that Blair is the son or nephew of Jacob Rothschild, that throws open the question as to who is the real father of Prince Andrew…..surely not the Rothschilds again.

Hitler, Churchill, Stalin, Blair – all of illegitimate Rothschild descent.  Blimey what a list.  Add to that all royalty since Queen Victoria, including Diana.  Prince Andrew getting a more recent genetic top up.  Mind you.  The IQ isn’t quite up to the usual level, in Andrew’s case, according to friends who’ve heard him speaking publicly.

Leaving aside the Andrew thing.  Is there any more confirmation of the suggestion that Blair is a Rothschild?  It would explain how he was so keen on all the wars. 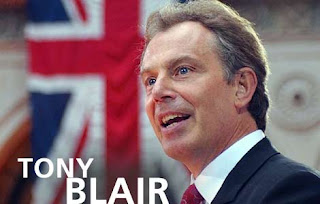 There may be a resemblance between Andrew and Blair.  There’s a bit of one between Blair and Nathaniel Rothschild, Jacob’s son.  Stedra Rulz could be onto something.  Is he Brother Tony?  Pictured at a young age below. 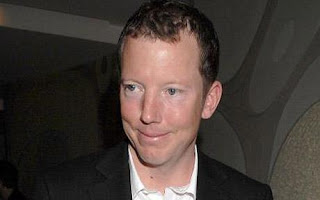 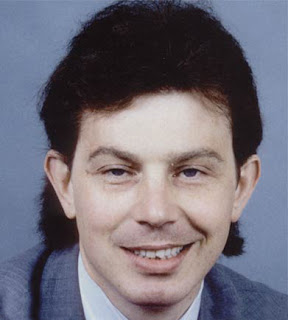 In 2003 Jacob Rothschild came under scrutiny when Russian oil industrialist Mikhail Khodorkovsky‘s shares in YUKOS passed to him under a deal they concluded prior to Khodorkovsky’s arrest.
The Tap Blog is a collective of like-minded researchers and writers who’ve joined forces to distribute information and voice opinions avoided by the world’s media.