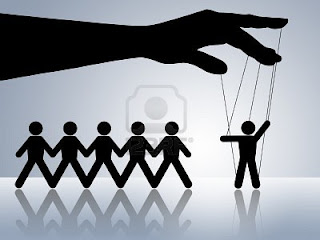 I don’t have an AGENDA Tap, when I find information that looks plausible, I pass it on to you, as I don’t SUFFER FOOLS GLADLY, & don’t want to be taken for one either, by The Elite Parasites, many of whom are BANKERS, & Puppet Politicians. These would best be termed MARIONETTES, as there is a subtle difference.

The Puppeteers are aptly called Manipulators, who The ‘Brain Dead’ don’t even know exist.

Whilst never being short of relevant information,my limiting Factor is always Time, to relate what I know

I am appalled by the Ignorance of many well educated people, who haven’t got a Clue about The Matrix, or those who operate it, but are able to believe the Lies The Controlled Media Pump Out.

The problem is the truth sounds too unbelievable even to me at times. so how can we expect the Manipulated to understand the True Course of Events that have lead us to where we are Today?

N.B. Did you know that one of the first figures to be made into a Marionette was The Virgin Mary Hence The Name. I don’t think anyone could argue that The Roman Catholic Church hasn’t been & still is a MANIPULATOR, do you? 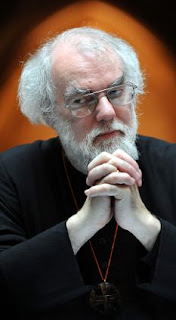 The Archbishop of Canterbury, Dr Rowan Williams, was yesterday branded a ‘papal puppet’ after he became the first leader of the Church of England to accept visions of the Virgin Mary at Lourdes as historical fact.
He asserted that 18 visions of Our Lady allegedly experienced by Bernadette Soubirous in 1858 were true.

8 Responses to “The Brain Dead Manipulated By Puppet Politicians”