Blogging is not as easy as it was, with new baby.  I am sure regular readers can spot the difference between before baby and after baby.   As most of the material comes in from commenters and the writing ‘team’, however, the output is not much affected.  HETT sends in links to videos, which sadly I don’t have time to watch.  As she gives no commentary, I can’t publish them all.  My own writing is less frequent, obviously.


Not this morning, though! 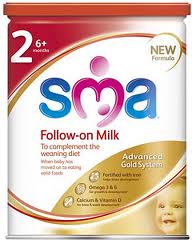 We ran out of the Filipino baby milk brand we brought with us from Manila (NAN H.A. ONE), which Sean is used to, and had to buy a British brand.  After much deliberation, and the failure of my efforts to persuade Shane to feed him raw milk from our own cow, which he loves drinking when I slip him some (he gulps the cream on the top from his cup as if it were nectar), we bought a tin of SMA from Boots The Chemists..  This one was recommended to her by one of her friends, and like a dutiful husband, I carried out my instructions and went and bought it.


My mother gave us raw milk from the cow from the age of three months. We all worked out OK, but this is not persuasive to Shane, who was nurtured by Filipino TV advertising.  This successfully makes people believe nature’s products, completely fresh, are second best to factory-produced powders which sit in tins for months, and suspiciously never go off.


He drank the SMA well enough, until we read the label.  It’s got bloody Fluoride in it, the Devil’s Poison!  The alternative media states that American babies get fluoridated from their baby milk, but that’s because as you add water to the powder, you are adding fluoridated water.  I have never seen a report of companies adding fluoride to the powder itself.  In Britain only 10% of our water is fluoridated compared to 60% in the USA and in Ireland.  The bastards have decided to start adding the poison directly into the powders. 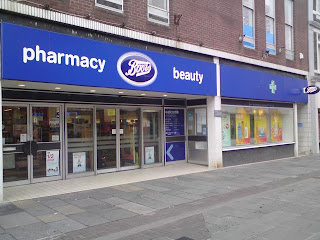 It’s not lovely looking up in the sky each day and seeing the milky aerosol overhead, which screen out the sunlight.  Chemtrailing is continuous and heavy, ensuring a cold summer and poisonous air for us all to breathe.  As Sean coughs I wonder if this is a chemtrail cough.  The air at one time in North Shropshire was superb.  We do our best.  I can’t do much about the poisoned air – the strontium, barium and aluminum.  I can make sure Boots don’t poison Sean with their milk.  SMA is in the bin.  Maybe my cow will at last be appreciated, and that evil advertising trusted no more.