The Independent” — Rupert Murdoch launched an “over-crude” campaign to force Tony Blair to speed up Britain’s entry into the Iraq war, according to the final volume of Alastair Campbell’s diaries.

Mr Blair’s former communications director accuses the media mogul of being part of a drive by American Republicans to drag Britain into the controversial war a week before the House of Commons even voted to approve the intervention in 2003.

The claim is explosive because it appears to contradict Mr Murdoch’s evidence to the Leveson Inquiry. The News Corp chief told Lord Justice Leveson in April: “I’ve never asked a prime minister for anything.”

It is the second time that claim has been contested. Sir John Major, the former Prime Minister, told the inquiry this week that Mr Murdoch threatened to withdraw the support of his newspapers for his Government unless it took a tougher stance on Europe.

TAP – meaning what?  That he gets tough with his own party’s rebels like IDS, and agree to the terms of The Maastricht Treaty, known elsewhere in Europe as The Treaty Of European Union.  Murdoch always did the EU’s bidding according to Lance Price, the Blair spin doctor in A Spin Doctor’s Diary.  That way he kept all his media and football TV privileges.

Mr Campbell’s book, based on his extensive diaries during his 10 years working for Mr Blair, claims: “[Tony Blair] took a call from Murdoch who was pressing on timings, saying how News International would support us, etc.

“Both TB and I felt it was prompted by Washington, and another example of their over-crude diplomacy. Murdoch was pushing all the Republican buttons, how the longer we waited the harder it got….TB felt the Murdoch call was odd, not very clever.”

Mr Murdoch is expected to stand by his evidence to the inquiry. His company believes there was nothing improper about his phone call to Mr Blair – one of three during that period previously revealed by The Independent – because the support of The Sun and News of the World for the war was well known.

In The Burden of Power: Countdown to Iraq which is being serialised in The Guardian, Mr Campbell casts doubt on Gordon Brown’s claim to the Leveson Inquiry this week that he was not aware his close allies were trying to push Mr Blair out of Downing Street to that he could take over.

According to Mr Campbell, Mr Brown agitated aggressively against Mr Blair, demanding a departure date soon after the 9/11 attacks in the US. He claims that Downing Street concluded in 2002 the then Chancellor was “hell-bent on TB’s destruction”.

The book says Mr Brown and Ed Balls, his chief economic adviser at the Treasury, were suspected of plotting against Mr Blair.

Alan Milburn, the Blairite Health Secretary, told the then Prime Minister that Mr Brown encouraged MPs to defy a government three-line whip to vote against his plans for foundation hospitals in 2003.

One charge that Mr Brown might accept is that he and Mr Balls “thwarted” Mr Blair’s attempt to take Britain into the euro. Mr Campbell wrote in 2003: “Things just hadn’t worked on the euro and TB was pretty fed up… The judgment was settling that GB had basically thwarted him. TB feared we were making the wrong decision for the wrong reasons.” 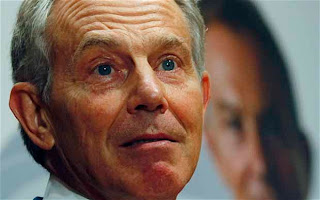 Does he have any conscience at all?
TAP – Murdoch seemed to be involved in the taking out of David Kelly.  Irwin Stelzer had been negotiating with Kelly prior to his, ahem ‘suicide’.  As Labour leader John Smith had also been ‘removed’ to make way for Blair, who had agreed to the wars a long time earlier, this latest ploy is window dressing to help Blair get off the hook of being responsible for the Iraq war, shifting blame onto Murdoch.  Blair still hopes to rehabilitate his image to make President Of Europe.
If Campbell can rehabilitate Blair, he might also get some benefit out of it.  He was heavily tarred with the Iraq war-making brush.  Yet heading up the EU as President right now would surely be a tougher assignment than overseeing the wrecking of Britain, and the unfortunate countries we invaded. 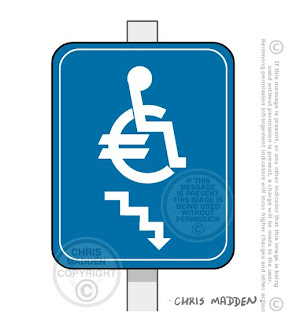