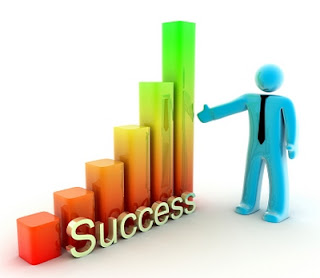 Every blogger swears they don’t care about their stats!  In a sense, it’s true.  Most of us would blog even if there were only a few readers coming in.  That’s because we enjoy the process of finding stories, writing them and editing.  That said.  I continually have to remember that The Tap is less and less my blog, and more and more a blog that belongs to a group of us, all contributing writing, research, stories and thoughts.

It is on behalf of ‘the team’ that I feel obliged to proudly point out that while Google seems to think our traffic has stopped growing, others provide evidence that this is simply not correct.  For example, there was a link to Gillian’s story about the Olympic Nuclear Attack sending in traffic all day three days ago.  She had the number two story on a 40 story internet best reads site, and they recorded eight hundred through-clicks.  On updated Blogger on here, the story, while in the top 2 this week, only showed 500 hits from all sources.  It surged in the first three hours and then slowed to a crawl, which seemed odd.

Also we get far more attempts to sow commercial spam into the comments than we used to get.  These are professionals who must have information that their efforts to nick readers are worthwhile.

There are many signs that we are being interfered with.   People find they can’t go down the page, is one complaint we’ve had for a long time.  Others say they can’t get access.  We know we are banned to all internet readers of under eighteen years, and are not accessible in schools, libraries and colleges, not to mention in many corporate controlled locations.

So it is quite good to see that on Wikio, we are now seen as the 43rd most important UK political blog.  We were around the two hundred mark a year ago.  We are also now the 217th most important blog of all categories in the UK, up from 2000 or so a year ago.  That includes all corporate blogs, sports, entertainment and so on.  The moment Google sets about us and does its best to hide our success in the reader stats, it seems other agencies are very much aware that this is not true.  There will be no point in reporting the Google counted stats any more.  We know we have more than two million page reads a year.  How many more?  We now have no idea.

UPDATE – Would you believe it?  Wikio has closed its ranking service!!!  Are there any others we can use?

How is a blog placed in the Wikio ranking?    The position of a blog in the Wikio ranking depends on the number and weight of the incoming links from other blogs. These links are dynamic, which means that they are backlinks or links found within articles.

Which links do you use?  What about links in the sidebars of blogs?    Only links found in the RSS feed are included. Blogrolls are not taken into account, and the weight of any given link increases according to how recently it was published.

So what really is the point of these rankings?    We hope to provide a classification that is more representative of the current influence levels of the blogs

Why do you have some US blogs in a UK ranking list?    Having US parenting blog in the UK ranking is not normal. It is hard for us to always know where bloggers come from. If you notice some US blogs, please let us know, they will be moved to the US ranking for the next month.

Are one or two of the blogs in the list considered to be ‘commercial’?       Commercial blogs should not be in the ranking. We verify blogs before to add them, but sometimes we miss it!  Please let us know at Wikio if you think a blog is commercial and we will remove it from the list.