TAP –
I am sure the reason 911 was signaled in numerous TV shows, cartoons, songs and movies before it was launched, was part of a plan to open up the box for future speculation. They only need to hint at another inside job, and the world’s conspiracy theorists all leap into action. They are then discredited when the promised event doesn’t take place. I was interested to see that people are holding social events now predicting catastrophic events for their friends, based on good evidence, I would agree. But what will they say to each other, when the events don’t happen? 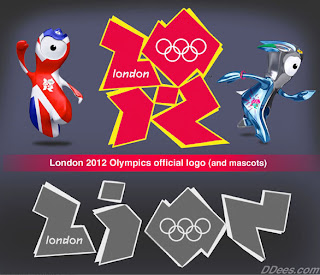 Olympic Logo reformed spells ZION.  The one-eyed emblems denote the Illuminati capstone of the pyramid.  What are they planning?
The Tap Blog is a collective of like-minded researchers and writers who’ve joined forces to distribute information and voice opinions avoided by the world’s media.

9 Responses to “Rockefeller Report Of 13,000 Killed At London Olympics”