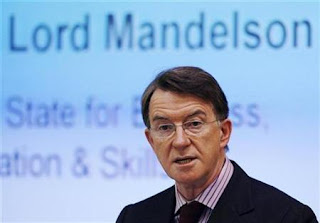 Bilderberger Peter Mandleson is said to be Rothschilds chief agent in Britain.  He negotiated the £500 million aluminium deal with the Rothschilds from Oleg Deripaska.  The Daily Mail whistlebew on this. Nat Rothschild sued and lost the case.  Aluminium is a big component in chemtrail poisoning, and as in the Camelford case we know it’s added to drinking water along with industrial flouride and chlorine.
Aluminium is the major factor in alzheimers, brain decay and various cancers.  GM foodstuffs are claimed to be the only crops that are aluminium resistant.  All other crops cannot survive aluminium.
A metropolitan police informer said the weather manipulation of the recent 4 year British drought, followed by the recent 5 weeks of solid rain was to fill the reserviours before the unwanted zionist olympics.  Many do not realise the weather is controlled
” He who controls the weather controls the planet”  K. Bailey-Hutchinson US senator.
Hans Zeigler the communication satellite pioneer eavesdropped for the intell services and much of what he knew on secret quangos like Bilderbergs is now restricted info but makes for interesting reading.
Marxism was instigated as a means to rob the masses of people for the benefit of a few elite.  The Soviet defector Oleg Penkovsky brought plans to Britian for how the Bilderberg few would run the many, and just as he predicted we now have our seas poisoned the air we breath poisoned and our food poisoned.
Many women are childless.  Children have no fathers and homosexuality is encouraged at every turn, while the government piles in more foreign nationals into an already overpopulated land, in a vicious racist hate crime on its own people.
The defector Oleg Penkovsky also said the Katyn Forest holocaust where the Soviets killed thousands of polish people,  alongside millions of their own people was just a foretaste of what was to come, and that millions would have to be killed off.  The swine flu hoax was one way to weaken our immune sytems, as this is a major priority.
No one doubts that Britian is now a marxist state run by bankers.
Other Bilderbergs expected to speak at this year’s summit are Timothy Geitner from the US treasury.  Tony Blair will annouce his plans for  later in the year and  Hilary Clinton is expected to give birthday greeting to Henry Kissenger for his birthday on May 27th.
Bilderberg is an unacountable quango that makes plans for the masses with dubious political figures behind closed doors.
T Stokes London
* with thanks to various intel personel.
Adding –


i spent some years in intell although old and feeble now, i still have a few contacts.
edit as you see fit
best wishes T
The Tap Blog is a collective of like-minded researchers and writers who’ve joined forces to distribute information and voice opinions avoided by the world’s media.