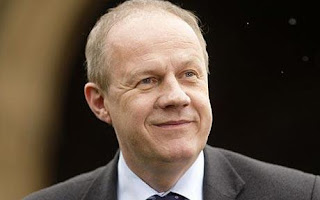 Damian Green – Minister For Immigration.  Surely he has some idea of the real world.


Thanks very much for forwarding Damian Green’s reply to my enquiry about our Settlement Visa application
lodged on the 26th March 2012. That is hardly an encouraging reply. We know from UKBA statistics that
settlement visas can be processed in much shorter timescales than 12 weeks. Some even in 5 days. We
heard of many others going through in a month to six weeks.


We are currently on seven weeks. What possible information could there be about us that is not already
available to the UKBA from our earlier visa applications, the first of which was lodged two and a half years
ago. We are the same people with the same records. Most of the information requested was exactly the
same as last time, other than our wedding photos.


In the UKBA’s annual report of 2011, presented to Parliament by the UKBA Chief Executive Officer, they
claimed to be processing 95% of all visa applications in two weeks. There seem to be significant
discrepancies between the claims made in public speeches and statements by UKBA officials, what’s on their
websites and what’s actually happening.


We also know that payments are being made to ‘agents’ operating to accelerate visas, who claim they can
ensure that the visas are given. These ‘agents’ claim to have ‘contacts’ inside the UKBA, and their ability to
hit promised deadlines is clear from cases we know of personally. It is our intention not to hire such agents,
as we believe they are operating an unlawful scam. Is Damian Green aware of the wide scale corruption
going on in the granting of visas, within the Foreign Office and The Home Office? If he is not aware, would
he be interested in having information as to how the corruption is being carried out, and how much money is
involved, effectively what the going rate is to get a visa through quickly?


It would be much easier for us to just pay up, than to keep going on waiting for the UKBA to issue us a visa.
I was just hoping that the government might be interested in sorting the mess out, rather than sweeping it
all under the carpet. Clearly, as whistleblowers, we are vulnerable, and would need support. Is Damian
Green aware of what most would consider to be very significant information? He doesn’t sound as if he is.
Please can you ask The Home Office Minister if he could look at our case once more, in the light of the
circumstances I am presenting to you. My business in the UK where I employ over one hundred people is
not exactly being helped by these unnecessary delays and my continued absence.


Surely he can do something more than repeat information from UKBA websites which is clearly not accurate. Is he aware that a system of cash for quick visas is being operated through unofficial agents, with contacts within the UKBA, as well as through VFS Global, or would he, as I suspect, prefer not to know? Visas can be turned
around in five days for a payment. and in six weeks for a lesser payment. How long are we going to be
hung out to dry, for revealing this information publicly on The Tap Blog, where it is being read by thousands
of people? I think we deserve better consideration for the risks we are taking in the interests of the
reputation of the British Government, and our nation. I hope Damian Green will deal correctly with both
these situations ­ our own, and that of the growing problem of corrupt visa issuance. 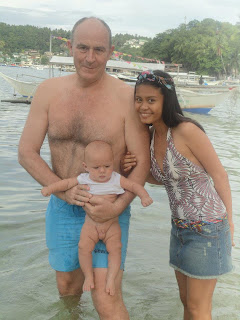 Sean is a 4 months old British citizen.  His mother, Shane has been waiting months for a visa to the UK.  She’s had a visitor’s visa before, and didn’t break any of its terms.  Why is she being held up now?