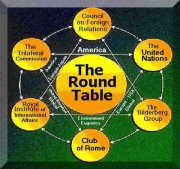 The Circle Of World Totalitarian Power.   Its Number One Weapon – HAARP.

Hi Tap, whilst Gordon Logan & I, hold divergent opinions on many Issues, HAARP is an Issue on which we are in Total Agreement, anyone who is not wearing Rose Tinted Spectacles, & obtaining a ‘FAT’ Salary for Looking The Other Way, on examination of the Evidence would conclude that it is a Multi Functional Piece of Kit, capable of causing Great Damage. Looked at from a Dispassionate Scientific View Point, one can only marvel at its Potential, but in the Real World we should start asking serious questions, regarding it’s use.
The Mainstream media have yet to acknowledge the Existence of this Technology
The Myopic of cause & those devotees of the Brain Numbing Reality TV Rubbish churned out these days have no wish to leave
LA – LA Land, will only get to appreciate there might be a Problem when either they are up to their necks in Flood Water, or their Habitats have collapsed around them, i.e. of cause if they are still Alive.
There are many Easily Searchable References within The Blog, relating to HAARP TECHNOLOGY as well as read on line Pdf’s for those not acquainted with this Subject. This article is an important addition to that collection
As tornadoes complete their march through America’s heartland, and earthquakes rattle the planet, questions as to the nature of these events are being raised anew, particularly among those aware of the capabilities of HAARP technology.
Indeed, the more one understands about the levels of technological development achieved in the upper reaches of government and elitist corporations, the more one is forced to question what previously could be taken for granted as a natural occurrence.
As the Black Nobility sense the threat that their time is up & their Corrupt Cabal is reaching the point of Self destruction, due to the Greed & Perversions , they do not intend to leave The World Stage Peacefully. They are conducting Scalar Wars, but use other  Diversionary Tactics, ‘TO TRY TO KEEP YOUR EYE OF OFF THE BALL’.
What happens in such situations is: News diversions are orchestrated in order to take away the public’s attention from the homespun disasters. Such as, a whale strands in the arctic and all the oil-soaked spy-riddled mainstream media babble about stranded whales for days or even weeks until the news about the actual catastrophe at home is forgotten and, for practical purposes, suppressed.

This well-known routine is happening again. As the to-be-covered-up news event (Bush bribed his way into the White House) is so huge, the cover-up ploy is also huge: A scalar-engineered hurricane named Katrina.
The shadow government has decided to sacrifice an entire city, New Orleans, to cover up the coming news of bribery and in order to further rig the price of oil. Here is a link to Geometric Modulation – Increasing The Power of HAARP.
This is another Link to HAARP PAPERS that DISAPPEARED,  (PULLED) & gives further explanations, with Maps & References, in great detail,& ties a lot of the stuff together.
REGARDS  …………  WASP
The Tap Blog is a collective of like-minded researchers and writers who’ve joined forces to distribute information and voice opinions avoided by the world’s media.