911 woke us all up. The London bombing 7/7/2005 sickened us. Then the internet let us all know who really carried out the attacks. Many people, possibly half of US citizens, know that the perpetrators of most terror events are the government and its secret services, in alliance with globalist organisations. Once people realised that, then it all began to fall into place, how a bearded man in a cave, an ex-friend of the US President could supposedly hold the whole world to ransom for a decade. He didn’t, but the media used the idea to keep people in fear for all that time. It took me until about two years ago to take it in what had been happening. Others, better informed, knew what was afoot at the time. People like Eustace Mullins. Those that tried to reveal what they knew were rubbed out. Yet with the power of the internet, the truth kept on coming despite the casualties. 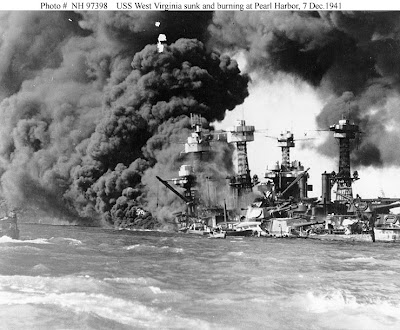 Here’s one they did earlier. Pearl Harbour

Trouble is, now, false flag terror has become so regular and well-known a feature of what’s going on round the globe, that many, maybe a majority, are aware of their true progeny of the events as they happen, rendering them no less awful, but not half a terrifying. France was recently put through some pre-election horror with some strange goings-on resulting in the deaths of a few unfortunate elite soldiers, at the hands of a crazed Moslem ‘terrorist’, who was somehow able to outwit the whole of France’s security services while he filled the airwaves for days – just long enough to persuade any French voters gullible enough to listen, that wars with Moslem countries were a necessary constant state of being.

The USA suffers equally assenine events on a regular basis, which are needed to keep the evening news from becoming endless sports and celebrity updates. The FBI carry out regular ‘events’ which are now well understood and reported on the internet with the fact that the FBI carry out the attacks that they then ‘solve’, themselves. Maybe it’s always been like this. It probably has. The difference is that now people who are bothered, can find out who’s doing all this elementary level terror work. It’s become so widely known on the internet, that the main media has to start admitting what’s happening, and fall into line or they’ll lose every last reader for wrongly reporting the news.

On the “homeland” front, the New York Times now openly admits that the FBI masterminds the very same terror plots it later halts in order to claim the agency is “fighting terrorism.”

In one recent terror plot, an FBI agent drove the bombing van!

And in another recent terror plot in Cleveland, the FBI recruited five meth-head morons and taught them how to blow up a bridge!

Increasingly, it seems that the FBI has become the central planning hub for acts of domestic terrorism across the country:

TAP – Another example is Fox News which decided to have an ‘open mind’ about 911, ten years after laying on the theatre in the first place, and being a key player in the deception.

Who is or was Osama?

An “intelligence asset”, namely an instrument of the CIA used to justify the “Global War on Terrorism”.

It is worth recalling that on September 14, 2001, both the House and the Senate adopted a historical resolution authorizing the president to “go after” countries which “aided the [9/11] terrorist attacks”

Today in 2012, there is ample evidence that

1) Al Qaeda was not behind the 9/11 attacks on the World Trade Centre and the Pentagon.

2) There is also detailed evidence that agencies of the US government as well as NATO, continue to support and “harbor such organizations” [Al Qaeda and its affiliated organizations]. In Libya, the “pro-democracy” rebels were led by Al Qaeda paramilitary brigades under the supervision of NATO Special Forces. The “Liberation” of Tripoli was carried out by “former” members of the Libya Islamic Fighting Group (LIFG). The jihadists and NATO work hand in glove. These “former” Al Qaeda affiliated brigades constitute the backbone of the “pro-democracy” rebellion.

3) There is mounting evidence that the WTC towers were brought down through controlled demolition, raising the possibility of complicity and cover-up within the US government, intelligence and military. (see the writings of Richard Gage, Undisputed Facts Point to the Controlled Demolition of WTC 7, Global Research, March 2008, see also video, Richard Gage Controlled Demolitions Caused the Collapse of the World Trade Center (WTC) buildings on September 11, 2001, Global Research)

A political liar and a war criminal.

Obama’s scripted speeches are slanted distortions. Realities are turned upside down. Acts of war are heralded as peace-making operations…

Ironically, the text of the September 14, 2001 Congressional resolution (see above) does not exclude judiicial action and criminal investigation directed against the US-NATO sponsors of international terrorism, including president Obama, who have used the tragic events of 9/11 as a pretext to wage “a war without borders” under the humanitarian banner of the “Global War on Terrorism” (GWOT)
TAP – Noxious, and getting boring too..

3 Responses to “False Flag Terror Starts To Get Boring”