Maurice Strong: the son of Deng Xiaoping and Anna Louise Strong? – Planning the People’s Republic from France – Like father, like son? 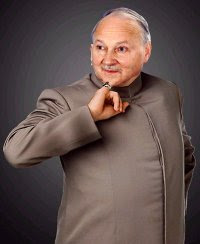 Maurice F. Strong is Canadian. He is an entrepreneur and a former under-secretary general of the United Nations. He is an active honorary professor at Peking University and Honorary Chairman of its Environmental Foundation.

Anna Louise Strong (November 24, 1885 – March 29, 1970)
So there you are, these are your links, I won’t add any more to over complicate it, but there are many others.
But I will add this Link I have just found, it fills in another GAP.
It has been claimed that Maurice Strong (Rockefeller-Edmund de Rothschild protege) was responsible for Kissinger’s initial visit, because one of his (supposed) cousins, Anna Louise Strong (above, mid) had such a close relationship with the communist governments of China and Russia(45). As a writer and journalist she alternately lived and worked in the US, Europe, the USSR (whom she praised), and China. This picture is from the 1960s and can be seen at Wikipedia.
Israel Epstein (first left; Jewish writer from Poland; emigrated to China), Frank Coe (second right; co-founder United Nations, IMF, and Morgenthau plan (named after a Pilgrim); surrounded in his life by Carnegie-Rockefeller sponsored pro-communist IPR officials; emigrated to China), and Solomon Adler (British Jew who went to work for the US Treasury, went back to the UK, and subsequently emigrated to China).
Frank Coe and Solomon Adler were responsible for the hyperinflation in the aftermath of WWII which was a primary cause for Chiang’s loss to the Communists. What was it again that Disraeli said in his 19th century novel Coningsby? According to the Rothschilds, “Lionel and his wife Charlotte appear to have been the inspiration for certain characters in his three novels Coningsby…” (9) Novels aren’t always fiction.

REGARDS  …………..  WASP
The Tap Blog is a collective of like-minded researchers and writers who’ve joined forces to distribute information and voice opinions avoided by the world’s media.