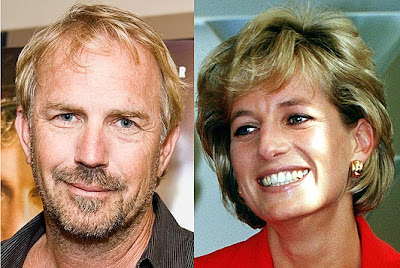 The Illuminati only permit fame for those in their control.
Grace Kelly amazed the world by moving up a level from movie star to royal consort, then Queen of Monaco. Princess Diana’s career was happening the other way around. Once expected to be Queen of England, she separated from Charles, and was about to break into movies, when she died.

This from Julia’s Daily Ramble –

Was apparently talking to Kevin Costner about taking part in the film Bodyguard 2 not long before her death. A recent interview with Kevin Costner quotes him “I told her I would take care of her just the same way I took care of Whitney”. They are both dead.

Both Grace Kelly and Diana died in car crashes that defied explanation, let alone the ritual murder of Whitney Houston.

WASP replies –
Hi Tap, thats quite interesting, Kevin Kostner is as far as I am aware is a JESUIT, & MK-ULTRA Controller so that would have been The Kiss of Death.

The Rabbit Hole indeed is Very Deep,& becomes even Deeper as you start to Descend into it, in Your Quest for Enlightenment. This is a Vastly Complicated Subject, which I am only just stating to gain a Deeper Insight into.

The Entertainment Industry is probably the Most Important Industry they have, it is through this Industry by the use of Subliminal Message Codes & latent Sounds at Specific Frequencies, enveloped in Popular Culture that Mass Control is Exercised.

I have mentioned this before with regard to the effect that certain Types of Music have on it’s Listeners. 444Hz being a particular example as in Military Music.

I will try & put something together, but time is now becoming a bit of a Premium, as summer approaches, with much work to be done around my house.

TAP – Don’t turn off your computer for too long, Wasp.

The occult symbolism of the ritual murder of Diana Princess Of Wales.

10 Responses to “Diana Was To Star In Bodyguard 2”