Commenting on this link – http://www.worldreports.org/news/169_operations_of_dvd_dachau_against_the_main_enemy 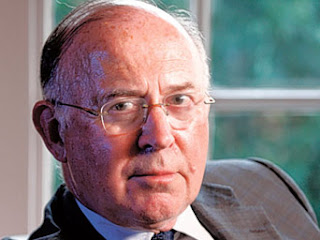 There is a very contemporary mnemonic sound to DVD, that suggests that the putative organization is an invention designed to confuse those who are interested in where power lies in the world. The power lies with Jewish bankers like the Rothschilds and their functionaries such as Greenspan, Ruben, Summers and Geithner, who apparently overrules Obama. The line can be taken back to Bernie Baruch, Jacob Schiff, the Warburgs, Trotsky, Lenin, Marx, Moses Hess and Weishaupt. On the more recent dirty tricks side we have Richard Perle, Paul Wolfowitz and Jeffrey Sachs followed by an army of economists, sociologists, psychologists, paediatricians, pundits, master thinkers and journalists who provide an endless input of toxicity to government, academia and the media. Not one Jesuit there.

Christopher Story (the nom de plume of Edward Harle) broke the Leo Wanta story, much of which was quite believable. Wanta claimed to be a signatory to secret accounts set up by Reagan, initially to bring down the Soviet financial system, and latterly to pay off the US Federal debt – something that the bankers definitely don’t want. They don’t have the slightest intention of being paid back in the worthless coin they themselves have created out of nothing. They want the United States itself – its riches and minerals at a huge discount. The same goes for the United Kingdom and Europe.

Unfortunately, Story/Harle became dependent on sources that were seeking to discredit him, for example claiming that Hank Paulson had been shot dead and replaced with a body double. Both the Wanta story and that of Lord James, need to be publicized, since they concern the colossal financial abuse that characterises the Rothschild system and makes slaves of almost all of us.


Here is Veterans Today on these matters:
http://www.veteranstoday.com/2012/02/21/intel-exclusive-trillion-dollar-terror-exposed/

Below is one of the strangest stories in financial history, one involving the US government lying about hundreds of thousands of tons of imaginary gold, illegal wire transfers and loans totalling $15 trillion.  The video, from the House of Lords, is amazing in itself.
What it doesn’t express is where the money came from though Lord James of Blackheath proves conclusively that an effort was made to say it came from a gold reserve in Brunei that, in fact, never existed.