As regards UKBA and my Chinese wife’s visa, we received a visit from a couple of military types – one Chinese and one British – to tell us that I had to shut up or my wife would be sent back to China.


TAP – Did I get that right?  A Chinese military ‘type’ in Britain threatened you with exile.  That sums it all up.  People should realise that the notion of Britain as a country is false.  The government sees itself as part of a worldwide supranational structure, which enables a Briton to be threatened in his own home, in front of his wife and child, by the Chinese military.


Do people realise how false the nice world they watch on the TV every day really is?  As soon as he challenges authority with its misdeeds, Gordon is threatened with exile from Britain the country of his birth.  It’s absolutely disgusting.  What right do Chinese officials have to turn up in Britain and bully British citizens?  Where’s all those famous human rights the EU is so fond of? They don’t exist.  Neither does the EU.  It’s all window dressing to make people imagine they live in an ordered and structured world. We don’t.  The whole thing is out of control.


Call off the dogs….especially the Pekinese.


Gordon Logan is an ex-MI6 Officer who served his country with distinction for over thirty years. 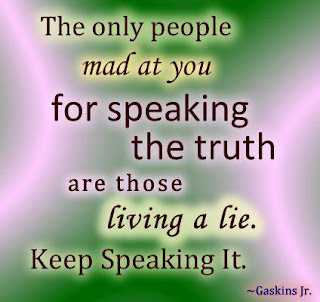 Gordon adds –
Yes, in fact they’re a married couple. She’s Chinese and was a major in the PLA. She issues ‘instructions’ to my wife, which means that my wife is not allowed to refer to anything political in our case. I am therefore now a ‘fantasist’!
When we were in China, my wife was willing to talk about these matters, but now she behaves as if the house is full of microphones, which somewhat complicates family life. The Chinese major’s husband rushes out of the room when she is issuing ‘instructions’. He served in Northern Ireland and seems to have been in the Force Research Unit, from what he has said.
So the PLA is channelling the globalist traitors of MI5/6!
I have told the major what I think of her and she no longer visits us, though she sometimes calls my wife.
My brother’s best friend is a Nigerian who is a snout for the race relations police, while his wife seems to have been a ‘swallow’ who picked him up in Naples. He is now addled by Harman’s equality legislation.
My sister was for many years under surveillance by a self-confessed agent who used to smuggle money into Poland in the eighties. He disappeared after I complained about him.
My elderly mother has been helped out for many years by two friendly neighbours, who happen to be ex British Army.
Talk about being staked out!
TAP –  All go in the Logan family!

One Response to “Chinese Military Threaten Briton In His UK Home – With Exile.”