Hi Tap, This doesn’t surprise me in the least, The Vatican is controlled by The Jesuits, who are in effect R.C. Jews who follow the Left Path, they have displaced those of THE NON-BENT CROSS PERSUASION.

The VATICAN CONTROL AMERICA, through The City of London via The CFR, You will also find The Vatican Control most of South America via The Generals Regional Controllers, (Farthers’). They also control Britain & The EU via The SMOMS of Bilderbergers / Club of Rome/Committee of 300/Pilgrims, to Name the more Important Groups, so THE DEAL IS VIRTUALLY DONE. Those that signed Britain over to the EU committed TREASON, but nothing was said about it – IT JUST HAPPENED.

FLINT (not having read doc.) WAS INSTRUMENTAL IN ADVISING THIS, BUT QE2 DID THE DEED.

TAP – Am I issuing something? Who or what was FLINT?

Here is another one, You might remember the Russian Woodpecker? Link:-http://aragonit.webovastranka.sk/forum/1062_Základné/8246_Za_všetko_môže_ruský_Ďateľ%3F?message_quote_form=8246&page=0 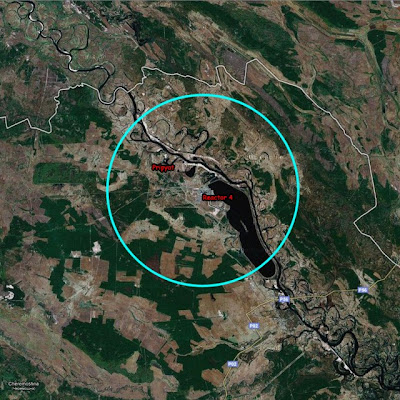 How come an American satellite was directly overhead just on cue for the explosion?

Chernobyl was detonated by a foreign agent

Office of Nuclear Energy, scientific academies and forming his research institutes were not ready for such a disaster.

The Chernobyl nuclear holocaust was not an accident.

Nuclear reactors have a high level of reliability proven by several tests. Water pumps and backup cooling systems are not currently disabled. Figure. Burnt reactor was photographed by an American satellite, which was “accidentally” at the same time in the right place at the fourth block.
Logically analyzed facts and developments. “Cold War” in 50 of those years show that the Chernobyl disaster was not by accident. It was sabotage century, which resulted in the failure of economic fundamentals and the USSR “Soviet” socialism in general. Enemies of the Soviet Union used effectively negligence and incompetence led government Gorbačevem along with lack of control of restricted areas. ”
V. Baranov, Former deputy chiefs of staff for operations in special areas of Chernobyl.

UPDATE – For latest on Fukushima fall-out effects on the world, Global Research has put together a detailed report. It is totally shocking. It says Japan is finished as a nation.

4 Responses to “Cernobyl Was No Accident”