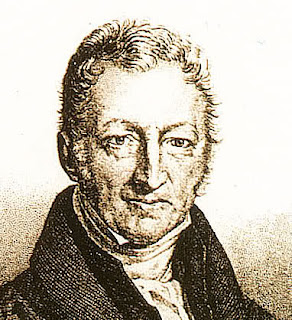 TAP – The man whose ideas currently rule the world, bringing economic mayhem, poisons sewn into the air, water and food, and ceaseless war – Thomas Malthus – even though all his predictions have proved wrong.


As with all ‘expert’ opinion, you can be sure that by the time governments are listening to it, it’s far too late.   Governments enter markets just as they bomb, and sell out their assets just before they surge.   The depopulation agenda is no different.  As governments across the planet seize hold of depopulation fervor,  it is already out of time.   Birth rates globally are falling so fast that economic collapse is inevitable.    It’s more babies that are needed to prevent economic and consequent environmental disaster.   Malthus.  For you, it’s time out!  Global Research explains.