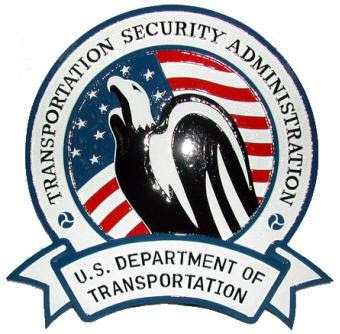 The TSA is equipped with guns and millions of rounds of live ammunition. Their role in suppressing the American Republic is getting to resemble that of the SA in the 1930s which were armed by Prescot Bush, and collapsed German democracy making way for The Third Reich. The Bird in their logo is not an eagle. It’s the Phoenix. Remember? Democracy burns. Totalitarianism loved by the elites rises from its ashes. 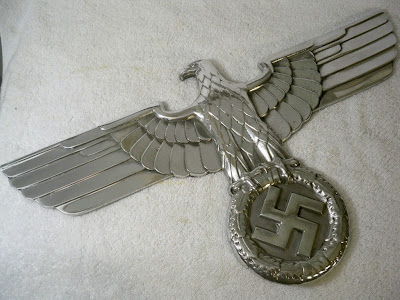 Thank you for your ‘on blog’ reply to my earlier email today Tap.

I’m quite sure that whatever happens in the future whether it’s a genuine alien invasion or a ‘false flag’ invasion or whatever, it will definitely ‘require’ total world government control! That is what they want and are working for. I just wish more people could see that.

As it is most people are still sleep-walking their way towards destruction. I do what I can
on a couple of other blog and comment sites and some people are waking up. But not quite as quickly as they need to be doing. Most people are still busy arguing the toss over L v R politics. I personally do not think L v R politics exists any more in any meaningful way. Not when the leaders of all main parties are hand-picked by Bilderbergers and others to dance to their globalist agenda.

I’m not even sure now that L v R politics was ever ‘real’ it seems more likely to me at least, that it was simply a device to give the illusion that we live in a democracy and that while the twittering classes were otherwise distracted and engaged by R v L politics, the really ruling elite just carried on ruling as they always have done.

It’s not the government in Parliament who rule this country. It’s the Rothschild’s banks and bankers that rule this country. The same applies to the US and the rest of the western world. There is a quote somewhere on the internet of a British PM, some time ago now, alluding to this fact. I can’t remember the name of the PM (you may know the answer to this Tap) but he said something along the lines of another government in the city of London or the square mile who are really ruling this country.

There is little point in maintaining our Parliament these days, since we are now ruled from Brussels anyway. But I suppose the longer the illusion of democracy continues it distracts peoples’ attention away from what is really going on.

Many people are pinning their hopes on UKIP. But I think it highly unlikely they will ever be allowed any real power, even if they do manage to win a few seats in the HoC. It is a crazy and evil world we live in. Nothing is really as it seems and I don’t think it ever was. However, the ptb shouldn’t underestimate the human desire to live and prosper. When the majority of the sheeple do finally wake-up, they/we will be a force to be reckoned with I believe.

The ptb are getting it all their own way at the moment. But, I don’t believe they will win in the end. Good always triumphs over evil eventually, right?

TAP. Any political party or movement can be easily corrupted. The good people overwhelmed by those in secret liaison with the bankers and the media. If the secret control grid is broken, then politics might stand a chance, for a while. Our history suggests the biggest and most selfish brutes win, and gentle more intelligent souls get crushed. The White Hats might have a plan to wrest control of the media away, and to get rid of the bankers. If they do, it could take a while to stop all the attempts to sabotage their good work. It would be very easy for the financiers to engineer a crash, empty supermarket shelves and starve us all into submission.

UKIP are too frightened of stepping half an inch out of line. They are not willing to engage in off-grid issues which would help to educate the public. They are part of the control grid.

This will be a battle between the traditional military and the new power agencies like the TSA, who are being armed ready for the coming conflict. In Germany pre-WW2 they were simply called the SA, and were armed by the same people, the Bushes, to overpower democratic government. The NAZI era provides the blueprint. 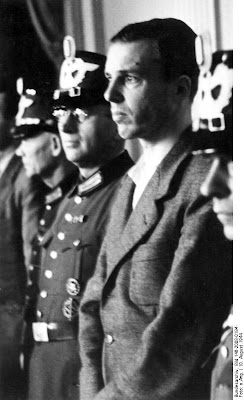 Claus Von Stauffenberg. He’d realised Hitler was not acting in Germany’s interests, and tried to assassinate him in 1944. There must be hundreds like him in the US military now, who realize Bush is destroying their country to advance their globalist totalitarian agenda.

The Von Stauffenbergs are alerted this time, and have had eleven years since 911 to prepare their ground. Maybe this time, they’ll pull off a coup d’etat before the planned descent into totalitarianism takes hold. They need to get a move on. Or maybe they’re waiting for the elites to make the first move. Hard for a humble blogger to know the full picture. We just see little clues that the forces for good and evil are circling around each other, each hoping the other makes the first mistake. Maybe this time the good will win. It will be a historic first if they do.

2 Responses to “The TSA is The ‘Sturm Abteilung’, Armed By The Bushes To Crush US Democracy”