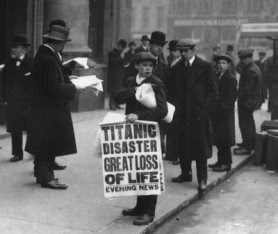 Prepare for your head to be spinning, and your mind to be swimming –

1912. The Titanic Was swapped With Sister Ship ‘The Olympic’ And Was Sunk Deliberately. All the key opponents of the Federal Reserve were on board as invited guests of J.P.Morgan, and perished. The Carpathia?Californian was placed ahead to act as rescue ship, but was given a wrong position for the ‘Titanic’ by radio before the ship was crashed sideways into an iceberg, which was visible for miles.

Hitler Was Trained By The British At The Tavistock Institute In 1912.

Stalin Was The Illegitimate Son Of A French Rothschild, Edmond James, And was also trained By The British In 1907 at Tavistock.

Operation Market Garden 1944 Was Betrayed To Prolong WW2. British tanks were ordered to halt after Nijmegen Bridge was taken by the Americans.

General George C Patton Was Halted At The Rhine in 1944 To Prolong WW2. He earlier believed he had been prevented from clossing the Falaise Gap by Eisenhower allowing 250,000 Germans to escape capture.

General Guderian’s Tanks Were halted in sight Of Dunkirk in 1940, to keep WW2 Going. 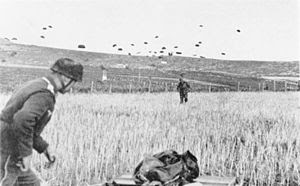 In 1941 Crete fell to an attack by German paratroopers. They were decimated as they landed. The British and Commonwealth soldiers were ordered to vacate the island. Many soldiers felt they had won the battle and couldn’t understand the order to retreat, but an allied victory so early on didn’t fit with the overall plan of the ‘higher echelons’ for the war. Hitler was allowed to celebrate yet another ‘victory’.

The Japanese Were ‘Informed’ by the British that no fight would be made for her Far Eastern colonies in 1940 including Hong Kong and Singapore. See ‘The Automedon’.

The Bush family funded and armed Hitler in the 1930s.

The Standard Bank funded the militarization Of Japan, owned by the Levita family. David Cameron is Jewish, a Levita on his mother’s side. His leadership campaign was funded by the armaments industry. He supports all the wars, and has committed Britain to fight everywhere.

Wall St funded the creation of The Soviet Union, supplied its needs throughout its existence.

Winston Churchill said there was a ‘higher cabal’ that was running the war – above national level.

At the end of the war, 1.5 million German soldiers were starved to death in American captivity at the order of General Eisenhower.

Hitler was got out of Berlin with the cooperation of the British  (See Grey Wolf in recommended books). He (and Martin Borman) lived in South America for another seventeen years. It is said by the Russians that Angela Merkel is Hitler’s daughter. (See recommended books on The Tap Blog)

Wall St funded the Vietcong throughout the Vietnamese War.

The 1973 Oil Crisis was orchestrated not by the Arabs but by Wall St. The Arabs were told to raise the oil price five times, as long as they invested all the money into US Treasuries.

Mrs Thatcher agreed that the US President could order Britain’s Armed Forces to war as part of the Trident Nuclear Submarine deal.

David Cameron attends meetings of Common Purpose in secret, as does Nick Clegg. Their mission is to destroy their parties, leaving British politics rudderless, and in the hands of Communists who will remove all property rights, and remove children from their families for political indoctrination.

Religious symbols like the crucifix will not be permitted under the United Nations’ Agenda 21, and all religions will be merged into one.

NATO countries are all being chemtrailed with waste products from the nuclear industry – including aluminum, barium, uranium and strontium, as part of the world depopulation program.

The western United States is being targeted with nuclear fall-out from Fukushima as is Japan.

Weather is controlled across many continents by the use of HAARP, creating droughts and floods. These are coordinated with the chemtrailing program to provide ideal conditions for poisoning as many people as possible.

The UN Codex Alimentarius ensures that all the nutrition is progressively removed from foods.

Medicines, GM foods and vaccines are all being used to make more people sterile, and reduce their IQ levels. Key medicines in these programs are anti-depressants. Fluoride is a component of addictive anti-depressant ‘medicines’. Fluoride is also added to many water supplies, to table salt and toothpastes. It accumulates over life and causes bone wastage, reduced IQ, reduced energy and sterilizes people.

To research any of these topics, search The Tap Blog. Or work from Google.

If you have any other interesting stories to tell, contact me at the email in the blog profile.

Oh yes, in case you didn’t know. President Kennedy was assassinated by Mossad/CIA, Jackie firing the fatal shot (See her holding the gun quite clearly in this footage). 911 was an inside job, as was 7/7 the London Bombing. The War On Terror is a fabrication. Osama Bin laden was a friend of George Bush. He died in 2001. Reagan was shot by a friend of the Bush family, not acting alone (count the bangs!).

Many top politicians have been implicated in paedophile sex, torture and killing scandals, as have members of the British and other royal families. The gunman at the Dunblane Massacre, Thomas Hamilton, was alleged to be providing children to senior Labour Party politicians, and was a personal friend of Robinson who later became the Chairman of NATO. Blair rushed through a D Notice in 2003 to prevent any reporting of the details, which he admitted threatened the survival of his government.