I haven’t heard them. But others claim they have. There are strange weather patterns taking place across the earth. Underground noises. Sky noises. What the …. is going on? 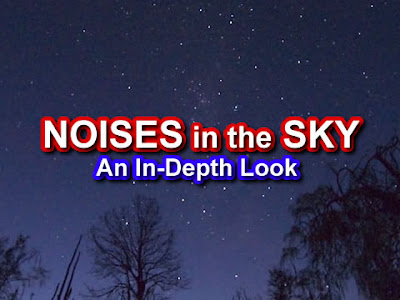 People around the world are talking about it: the “strange sounds” coming from the sky. Just within the last few weeks, Google search for “strange sounds” has skyrocketed for the query “strange sounds”. Some say that “The Hum” is a sign of Jesus’s return, others say it is related to weather wars, chemtrails or is a sign that the Earth is “troubled”. I myself have not heard “the hum”, but I’m sure if I did that I would definitely be kind of freaked out and would be looking for some type of explanation for the mysterious sound.

Video from Me, which won’t embed.

TAP – There are moving cloud effects (from Singapore) which I’ve never seen before. The noises could be the sound of very fast earth cutting machines working underground, which hit differing hardnesses of rock which changes the frequency, like a lathe in an engineering shop.

14 Responses to “Sky Noises From Around The World”