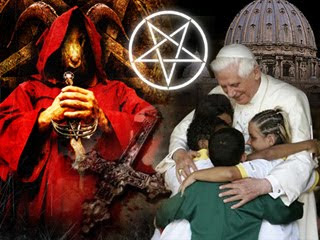 Here is a newsletter from David Icke on how Paedophilia and and satanism are the driving force behind the world powers. Icke cannot be ignored in my opinion! The Hollie Greig case features heavily and is a very important case as it may tip things against the establishment thus exposing the paedophile rings, and saving some children from abuse. Surely this is the biggest issue to address? Is this the one topic on which everyone agrees? Even in high security prisons, the child abusers are reviled by other hardened criminals. Brian Gerrish of UK Column is also working hard on this case. It needs publicity to expose it.

EXTRACT – I have had countless surprises and many shocks as I have lifted the stone and seen what horrors lie beneath, but few more than the scale of child abuse and Satanism.

And that’s the word – scale. The fact that it is happening is one thing, but to realise how widespread and fundamental it is to establishment power all over the world was truly shocking.

A few weeks ago a document came to light in Australia purporting to be a ‘death bed confession’ by a leading Satanist from the ‘top’ coven/lodge in Sydney. It certainly rang true because what it said is supported by my 15 years research into these matters. It said:

‘Politicians are introduced by a carefully graded set of criteria and situations that enable them to accept that their victims will be, “Our little secret”. Young children sexually molested and physically abused by politicians worldwide are quickly used as sacrifices. In Australia the bodies are hardly ever discovered, for Australia is still a wilderness.’

In more crowded locations the Satanists and paedophiles (the two networks are fundamentally connected) have crematoria to ‘lose’ the evidence of child sacrifice and murder.

People don’t realise how organised it all is. Satanists and paedophiles (and those doing their bidding in pursuit of power, money and sheer survival) are placed in the key public offices to hide their activities. I am talking presidents and prime ministers, too.

The US government mind and sex slave, Cathy O’Brien, exposed Bush and many others in her book, Trance-Formation of America. Here she describes what Bush did on a regular basis to her daughter, Kelly:

‘Kelly’s bleeding rectum was but one of many physical indicators of George Bush’s pedophile perversions. I have overheard him speak blatantly of his sexual abuse of her on many occasions. He used this and threats to her life to “pull my strings” and control me.

The psychological ramifications of being raped by a pedophile President are mind shattering enough, but reportedly Bush further reinforced the traumas to Kelly’s mind with sophisticated NASA electronic and drug mind-control devices.

Bush also instilled the “Who ya gonna call?” and “I’ll be watching you” binds on Kelly, further reinforcing her state of helplessness. The systematic tortures and trauma that I endured as a child now seem trite in comparison to the brutal physical and psychological devastation that George Bush inflicted on my daughter.’

Thanks, Julia. It is the perversions of the elites that drive them on. PIty the poor kids who are raped, tortured, murdered and disposed of.