Review of “Towards a World War III Scenario. The Dangers of Nuclear War” 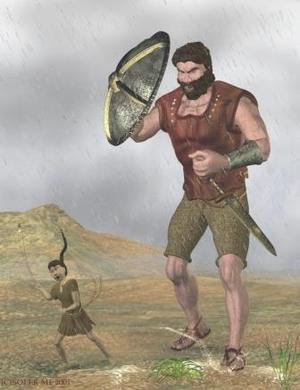 Despite overwhelming odds, Iran might yet land a stone in America’s eye.

U.S. plans to attack Iran with a mix of nuclear and conventional weapons have been in readiness since June, 2005, according to Michel Chossudovsky. a distinguished authority on international affairs.

“Confirmed by military documents as well as official statements, both the U.S. and Israel contemplate the use of nuclear weapons directed against Iran,” writes professor Michel Chossudovsky, Director of the Centre for Research on Globalization in Montreal.

The plans were formulated in 2004. The previous year, Congress gave the Pentagon the green light to use thermo-nuclear weapons in conventional war theaters in the Middle East and Central Asia, allocating $6 billion in 2004 alone to create the new generation of “defensive” tactical nuclear weapons or “mini-nukes”.

“In 2005, Vice President Dick Cheney ordered USSTRATCOM (Strategic Command) to draft a ‘contingency plan’ that included “a large-scale air assault on Iran employing both conventional and tactical nuclear weapons,” Chossudovsky writes. The plan went beyond the terms of reference outlined in the Pentagon’s 2001 Nuclear Posture Review (NPR), which called for a “preemptive” “first strike use” of nuclear weapons against Russia and China as well as Iran and North Korea.

The 2005 plan identified more than 450 strategic targets in Iran, including numerous alleged nuclear-weapons-program development sites. The plan, incredibly, was rationalized on a second 9/11 type attack on the US that Cheney believed Iran would allegedly support!

“President Obama has largely endorsed the doctrine of pre-emptive use of nuclear weapons formulated by the previous administration,” Chossudovsky writes in his new book, “Towards a World War III Scenario: The Dangers of Nuclear War” (Global Research, 2012). His Administration “has also intimated it will use nukes in the event of an Iran response to an Israeli attack on Iran.”

Chossudovsky points out, “The new nuclear doctrine turns concepts and realities upside down. It not only denies the devastating impacts of nuclear weapons, it states, in no uncertain terms, that nuclear weapons are ‘safe’ and their use in the battlefield will ensure ‘minimal collateral damage and reduce the probability of escalation.’ The issue of radioactive fallout is not even acknowledged with regard to tactical nuclear weapons, neither is the issue of ‘Nuclear Winter’.”

“What is unfolding (in Iran) is the outright legitimization of war in the name of an illusive notion of global security. America’s mini-nukes, with an explosive capacity of up to six times a Hiroshima bomb, are upheld as a ‘humanitarian’ bomb, whereas Iran’s nonexistent nuclear weapons are branded as an indisputable threat to global security,” Chossudovsky writes.

He points out that a U.S.-Israeli strike against Iran would probably not be limited to Iran’s nuclear facilities but likely would be “an all-out air attack on both military and civilian infrastructure, transport systems, factories and public buildings.”

He notes that the U.S. has stepped up its military shipments to Israel, its NATO allies, and to countries bordering Iran. Israel in 2004 took shipment of the first of 500 U.S.-made BLU 109 “bunker buster” bombs, and the U.S. has supplied thermonuclear bombs to Belgium, Germany, Italy, The Netherlands, Turkey, and Great Britain. Turkey alone, a partner in the U.S. anti-Iran coalition, has 90 thermonuclear B61 bombs at its Incirlik nuclear air base.

“It is not Iran and North Korea which are a threat to global security by the United States of America and Israel,” he adds. What’s more, Western European governments have joined the bandwagon and “have endorsed the U.S.-led military initiative against Iran.”

He goes on to say, “At no point since the first atomic bomb was dropped on Hiroshima on August 6, 1945, has humanity been closer to the unthinkable — a nuclear holocaust which could potentially spread in terms of radioactive fallout over a large part of the Middle East.”

It may also be noted the U.S. currently has several, nuclear-armed carrier task forces in waters near Iran and has built more than 40 military bases in the countries surrounding Iran. The U.S. reportedly has 20,000 nuclear bombs available to use and Israel reportedly has another 200, whereas Iran is not known to have one. U.S. military spending of $700 billion a year, moreover, is 100 times the rate of Iran’s $7 billion annual military outlay.

Also available: PDF version: US $6.50
(Sent directly to your email!)

To make sure you don’t miss our emails add newsletter@globalresearch.ca to your address book

4 Responses to “Iran vs US is David vs Goliath”