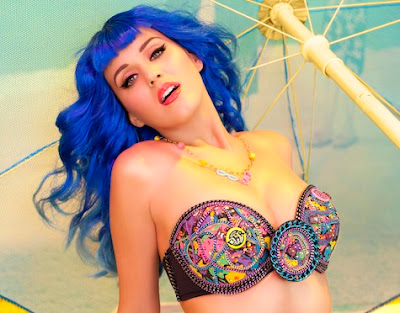 Katy Perry: I sold my soul to the devil

What do THEY have planned for us?…………..
Why is the alien agenda being promoted in the corporate / mainstream media?

Consider this quote by Katy Perry, talking about her interest in the Ancient Aliens TV program, in The Sun newspaper:

“I’m fascinated by that kind of stuff because of how I grew up, where everything was so black and white,” Katy told British newspaper the Sun.

“Now I’m seeing a lot more colour in the world and asking more questions. So I’m very into things that are above and beyond me and were before me and will be after me.”

The second sentence seems suspiciously deep, to me.

Was it planted, scripted for Katy to say?

Articles like this, dealing with subjects of this nature, in publications read by the Proles, may be part of an agenda to manipulate and direct the world view of the masses.

Are THEY setting us up for something? A fake alien-invasion, or attack – as allegedly revealed by Werner Von Brown, just before his death?

Katy’s interest stemmed from watching the US show Ancient Aliens, which looks at the possibility that extraterrestrials visited Earth thousands of years ago. She just can’t get enough of it.

“I sent out a Christmas gift basket to people filled with my favourite things and the first season of Ancient Aliens was one of the things I included.

“It’s so good. I made everyone on my tour watch it. I’m just obsessed.”

5 Responses to “More Preparation Of Public For Coming Alien Event”