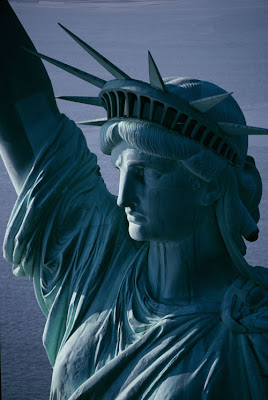 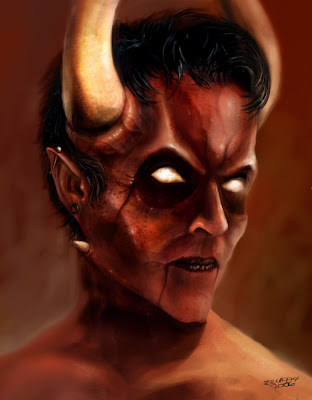 Lucifer, the torch bearer, in more honest garb, as visualized by Christians. A rival religion is seen as the work of the devil.

Stand back. Take an objective look. Is that the face of a woman you see on The Statue Of Liberty? Really?

I’ll venture that anyone looking at the features on the face of ‘Liberty’ objectively will agree that she is no ‘she’ at all. In fact she is male from every possible angle.

What’s the story then? Why does history state that the statue is not what is appears to be? Take a look at one explanation offered in a minute.

But first what did Liberty represent? To millions she told a story of a new freedom to be found in the new world, free from the strictures of the old, where religion could be practised free of control, and where hard work could meet with reward, and not be endlessly held down by inherited position.

That was the myth created and perpetuated throughout two hundred years.

Yet what if that myth were exactly that, a myth, and the truth was very different. What if the same control grid in different form arrived in the USA before the rush of immigrants pouring through Ellis Island, looking to find a better world. What if Liberty was no such thing at all? What if ‘Liberty’ was in fact the very opposite of the supposed religious and economic freedom on offer to the world, and she was the sign of another newer system of control, far more vicious than the ones left behind in Old Europe? 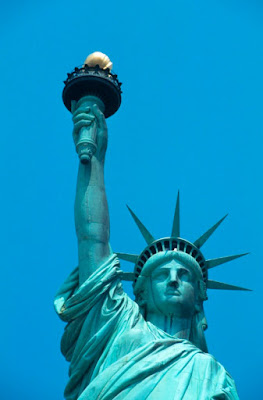 If Liberty was not and is not the enduring symbol of American freedom, as taught and believed by billions around the globe, and especially millions of Americans, who is she he?

To my eye, Liberty looks like a combination between a 1950s Soviet era national hero, and a comic book super hero. There is no Christ-like compassion in ‘her’ eyes, just a certainty of superiority over all others, and in her own rightness and durability. There is no point in competing or questioning. Here is the ultimate in power and capability. You should bow down, and surrender without so much as an independent thought.

Liberty is in fact Lucifer, the embodiment of the anti-Christ, for whom the US government’s actions on 911 should come as no surprise, and in fact would be most welcome.

If the American nation was indeed based, not on Christian belief, but on deception from the very start, being a project of Freemasonry, based on the secret belief in Man’s destiny to become God through Reason and Enlightenment, then the embodiment of such belief is standing tall on Ellis Island in plain view, in denial of Christianity and the possibly that man should be allowed to continue mere human existence. America’s secret destiny is to create Gods out of men.

Such a creed would permit such actions as 911, on the pathway to overwhelming the simple beliefs of ordinary people, and enable the creation of world government crushing the aspirations of simple people everywhere.

Lucifer is the representation of another belief system, one which has lived in the shadows for hundreds of years, which says that man can become god, by the use of his powers of intellect and reason. This future will not be available to the multitude of course, but only to a tiny elite. That elite can cull the herd and manipulate the masses to observe their power exercised out of sight in the shadows. It is regrettably this power – the power of evil which is represented by not Liberty, but Lucifer the light bearer, on Ellis Island in New York’s harbour approaches, the God of Freemasonry, Theosophy and agent of Satan.

EXTRACT from Occult website explaining who Liberty really is –

I’m going to present to you the occult symbolism of the so called Statue of Liberty. In this first part I’ll reveal to you why it is the statue of a male figure not that of a woman and the occult meaning of His head.

The forehead. This is one of the most important gender markers. Look at the ridge of bone that runs right across the forehead just above the eyes. It is often referred to as “brow-bossing”. It is usually far more pronounced in males. In fact many genetic women have almost no discernable brow-bossing at all – their foreheads tend to be gently rounded overall with a fairly flat front. Also, Men’s foreheads are often backwards-sloping whilst women’s tend to be more vertical. The bossing above the eyes is called the orbital rim and is made of solid bone but the bulge towards the middle of the brow ridge covers the usually hollow area of the frontal sinuses.

The Eyebrows. Female eyebrows generally sit a little higher than male eyebrows and they usually have a thinner and more arched shape, mainly due to plucking.

The female nose. It tends to be smaller, shorter and have a narrower bridge and nostrils than the male one. Also, female noses often have a straighter or more concave profile and tend to be blunter and more up-turned at the tip, men’s are often more humped and less turned up.

Female cheeks. It tends to be fuller and more rounded than male ones. Men often have quite hollow cheeks – this is because their cheeks carry less fat.

The distance between the top lip and the base of the nose. It is usually longer in males. When a woman’s mouth is relaxed and slightly open she usually shows a few mm of her upper teeth. This is considered attractive and also lends a youthful appearance to the face.

In fine, a female face tends to be more rounded overall with the two rounded corners of the hairline at the top and the rounded chin and jaw below. The lower third of the male face is usually longer because of the long top lip and the tall chin.

In US patent number 11,023 the Diadem is described as follows:

The head with its classical, yet severe and calm features, is surmounted by a crown or diadem, from which radiates divergently seven rays tapering from the crown and representing a halo.

There are seven Forces in Man and in all Nature. The real substance of the Concealed (Sun) is a nucleus of Mother-Substance. It is the Heart and Matrix of all the living and existing Forces in our Solar Universe. It is the Kernel from which proceed to spread on their cyclic journeys all the Powers that set in action the Atoms, in their fundamental duties, and the Focus within which they again meet in their Seventh Essence every eleventh year. 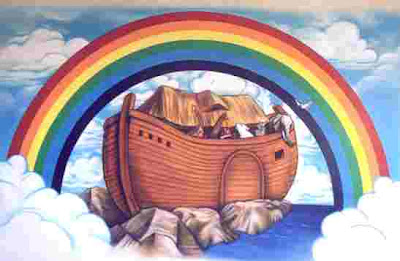 He who tells thee he has seen the Sun, laugh at him, as if he had said that the Sun moves really onward in his diurnal path. It is on account of this septenary nature that the Sun is spoken of by the ancients as one who is driven by seven horses equal to the metres of the Vedas; or, again, that, though he is identified with the seven Gana (Classes of Being) in his orb, he is distant from them, as he is, indeed; as also that he has Seven Rays, as indeed he has.

The Seven Beings in the Sun are the Seven Holy Ones, self-born from the inherent power in the Matrix of Mother-Substance. It is they who send the seven principal Forces, called Rays, which, at the beginning of Pralaya, will centre into seven new Suns for the next Manvantara. The energy from which they spring into conscious existence in every Sun is what some people call Vishnu, which is the Breath of the Absoluteness.

The Seven Rays are said to be seven major types of Light-Substance (spirit/matter) (waves/particles) that compose the created universes. The Seven Rays locally originate within the “Solar Logos,” i.e., the consciousness of the “Divine Being” of the Sun. They have their ultimate origin within the mind of God. Each of the Seven Rays is believed to be associated with a different kind of occult energy, and a different color. Their symbol is the rainbow.

The number seven is known in the inner circle as The Sacred Number Seven.

TAP – does anyone have any other explanation? If Liberty is a symbol of the occult or hidden world, why would that be? 1776 was supposedly a Christian age, and America a Christian country. Her very foundation was apparently otherwise. And the evidence rests in plain sight. Yet such information wold be too painful for nearly every American to take in, I expect.

4 Responses to “The Statue Of Liberty 1776 – A Two Hundred Year Deception.”