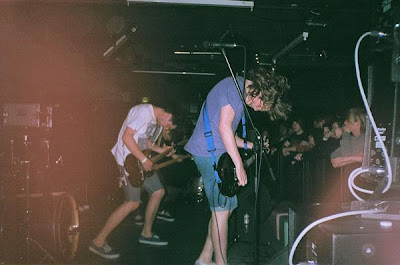 The look of British politics after two years of the ‘Breakneck Coalition’.

He knows he’s broken every promise made to everyone. He claimed to be a eurosceptic. He and Osborne made cast iron guarantees of a referendum. They swore there would be no bail-out of the Euro, no funding of the IMF to bail out the Euro. They have no credibility left.

UKIP’s surging. MEPs are quitting. MPs are talking of quitting. Cameron’s position is coming into question amongst his MPs.

He works with the media and complicit branches of government to besmirch the names of his most’trusted’ lieutenants and ministers, so that one by one, they are taken out as potential future leaders.

Liam Fox was first, amongst the Conservatives, that is, to be fixed. Vince Cable was eliminated earlier by ‘subtle’ means as a growing senior politician, who was gaining in popularity. Next after Fox, there have been two attempts to drag Theresa May into controversy over Abu Qatada, who is of course himself, a longstanding MI5 agent, playing for his masters as required.

Next up Jeremy Hunt. A strong performer, he was brought to handle the Murdochs after Cable was felled. Now, to protect Cameron, the media are dropping Hunt in it from a great height, revealing what need not have been revealed. Yet we know the Murdochs play for Cameron at every turn, knowing he’s their man.

But, hang on a minute. Could Hunt have taken up the stance he did on BskyB without Cameron’s full and enthusiastic support? Of course not.

Going further back, the media were party to the elimination of David Laws, another highly talented up and coming politician right at the start of the Coalition. Nick Clegg is also benefiting from scorched earth play by damaging his great rival Chris Huhne, who resigned in February. He was leveled too by media coverage of ongoing accusations from his ex-wife. The strategy of competitor elimination is universal throughout the progress of this Coalition.

The Coalition was called the Breakneck Coalition in response to Brokeback (by me actually in the first instance), meaning it was going at a blistering pace, rather than being a gay romance between its two leaders, mirroring the story of the movie Brokeback Mountain. The name Breakneck Coalition now comes back to life again after two years have gone by, with a different meaning. Cameron and Clegg, allied with the media and networks operating across government, are breaking the necks of all their best ministers, just to make sure there is no one around who could possibly replace them, were anyone be foolish enough to attempt a pitch.

How they escape the dirt from landing in their own desks defeats me, except we know the media are part of the game, and it’s all coordinated with ‘Common Purpose’. As we heard from Cameron and Clegg in the garden of 10 Downing Street at the very beginning, this was a Coalition with a great deal of ‘Common Purpose’. What we didn’t know was that that meant the common purpose of destroying both their parties as functioning democratic entities, and then latterly destroying their country. In a phrase, the common purpose of breaking everyone’s necks, apart from their own.

REMEMBER – Jeremy Cunt. Someone’s seen him as a threat for quite a while.