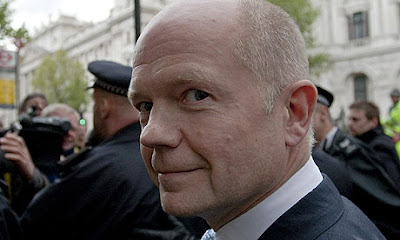 William Hague’s office passes the ball over to Theresa May. But why has he? The corrupt agency hired to handle visa processing, based in Mumbai, is hired by the Foreign Office.

Thank you very much for sharing the link below.
We have already forwarded your email to the Visa section and flagged it as important.

Thank you for your concern. I was away in Taiwan this week on business. Hence the delay in replying.

I wonder if the visa section of the Embassy will be willing to carry out an effective investigation of their own operations. I will be speaking to Owen Paterson’s Parliamentary office later to see if there is any reply from William Hague as yet to his letter of last week.

The problem seems to be that the UK Border Agency has become a law unto themselves, approving visas based on criteria which are affected considerably by the effects of corruption, so that Britain receives immigrants based on the desire of people either working in the UKBA, or their delegates (UPDATE – I was wrong in this. VFS Global are hired by The Foreign Office, not The HOme Office) to make money, and not on what the people in the UK would prefer to see as regards, who should come to live, work and study in our country. (See earlier posts describing Foreign Office delegates propositioning applicants that they make under the table payments)

I don’t see that the UKBA want any changes at all made to the current arrangements where they can ignore MPs, challenge the Home Secretary, and the Chairman of The Home Affairs Select Committee in Parliament and get away with it. One can only imagine how much money is changing hands to create such a power base. Organised crime is indeed extremely powerful, and once it’s got a hold, it’s almost impossible to shift. It’s a great tragedy that immigration into Britain has been reduced to this.

P.S. Until immigration is put back into the control of the Foreign Office, where it should have been kept, I don’t see any improvement is likely in the situation.

Thanks for this. William Hague’s office called to say that he has transferred Owen’s letter across to Theresa May; we should receive a reply from her shortly.

UPDATE – Phone call just come in alleging further potentially illegal acts by the Foreign Office’s Asian agents VFS Global, who are given the job of interviewing visa applicants on behalf of the British government. VFS supposedly won the contract to handle Britain’s worldwide visa application business by bidding. That may be the case, but as their propositioning visa applicants to make corrupt payments must be being made in cooperation with UKBA staff, you wonder if there is a lot more to this story.

VFS operate a ‘VIP’ system for appointments, whereby they book far more appointments each day than can possibly be dealt with. But anyone who pays 1800 Php (GBP 30), can get seen immediately and those with appointments are kept waiting. This money is then spread out amongst VFS staff, and used to finance junkets.

Is this practice known about by William hague? If so, does he approve of it? It seems to be totally unethical, and sounds unlawful to boot. That sets the tone for what comes next when they meet applicants, where bribes are, on occasions, openly solicited. The point is how can VFS Global staff be offering certain visas against payments of around GBP 500, unless UKBA staff (Home Office) were cooperating with this corruption?

VFS Global on its website states that it is a privately owned company based in Mumbai, India. It was founded in 2001, and from nowhere was granted the right to negotiate visas on behalf of the British Foreign Office. Why then is William Hague forwarding the papers on VFS Global/UKBA corruption to Theresa May? The corruption appears to be a partnership between VFS Global’s staff (hired by the Foreign Office) and the UKBA (hired by the Home Office) acting in tandem.

Further digging shows that VFS Global, although located in Mumbai, is, in fact, the wholly owned subsidiary of Kuoni the Travel company, based in Zurich, Switzerland. No doubt the trail continues from there. We’ll keep checking. Investigations into VFS’ visa operations have been made on other occasions, and invariably they’ve been found lacking. Why is Britain permitting Kuoni, people who don’t declare their interest publicly, also their subsidiary VFS Global, people of known inability to manage honestly and effectively, to exploit and handle the critical front end of our immigration policy.

VFS ran into trouble in May 2007, when it was reported [11] that the company’s online UK visa application system was flawed and insecure, allowing applicants’ identities to be stolen. It was also reported that the security flaw had affected online applications from India, Nigeria and Russia. The VFS site was immediately shut down after the technical problem was brought to the attention of the UK media[12] and an independent government investigation was launched[13] by the British Foreign & Commonwealth Office (FCO).

The security breach which was first reported by an Indian applicant[14] in December 2005 after which no effective remedial action was taken by either VFS nor UKvisas, the joint Home Office and Foreign & Commonwealth Office unit which runs the UK’s visa service through British diplomatic posts overseas. The same applicant went public in May 2007 after he noticed that his earlier warnings were ignored. It is estimated that this security breach has resulted in approximately 50,000 applicants’ identities having been possibly compromised until its subsequent closure in May 2007 following the media outcry.

The report [15][16][17] of the investigation by the Independent Investigator, Linda Costelloe Baker highlighted “organisational failures” by both VFS and UKvisas.
The report also recommended that the VFS online visa applications not be resumed for applications from India. This will be replaced by the secure online applications made available directly at the UKvisas website.

Ms. Baker further mentioned in the report[18] that post this incident, UKvisas conducted an extensive testing and found that there was no evidence to confirm that data has been stolen or misused. VFS underestimated what was necessary in order to protect personal data to the levels expected by the UK Data Protections Act. Post this incident; several visa application level checks were put in place. Along with that technical process were also upgraded later to check the records of the online application site.

TAP – That was five years ago. A lot more mischief has got established sonce then.