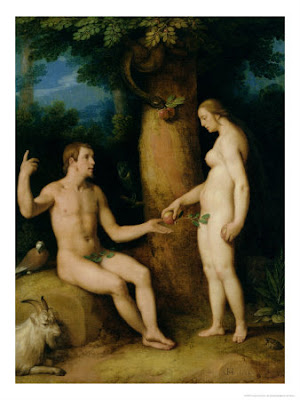 Pure bred Annunaki originals. 830 years. A long time to avoid interbreeding with the natives. They both bit the apple.

Hi Tap, this Link will go a long way to explaining Bill Coopers position w/r/t ET’s/ED’s, in my opinion it is not possible to consider any of our History, or predict any Future Event without considering the effect that These Aliens have exerted in shaping our History.

It would be analogous to trying to get a answer from an Equation only knowing what one side is.

DNA is The key to it all, even the Abductions.

To get any understanding we need to go right back to ADAM & EVE, who were Elite ANUNNAKI, but were cast out & banished to Earth for 100years, to make their life easy, they were put into the ‘Garden of Eden’, but being Pure 12 Strand DNA Species, that live for a 1,000 years they were told not to mix with the Natives but both of them fornicated, & were found out by one of the visiting Top ANNUNNAKI Scientist, Jehovah who threw them out of The Garden of Eden, Two hybrid babies were born due to this act. Adam’s son was CAIN ,. Eve’s son was ABLE.

When after many years Cain killed Able, he was banished by Adam & Eve, Cain fathered many hybrids, passing on his Annunnaki Elite Traits.

And Adam lived an hundred and thirty years, and begat a son in his own likeness, after his image; and called his name Seth:

And the days of Adam after he had begotten Seth were eight hundred years: and he begat sons and daughters:
And all the days that Adam lived were nine hundred and thirty years: and he died. Genesis 5:3-5.
Despite Adam and Eve’s efforts to establish a pure Anunnaki line on Earth that stretched many generations, the Jehovah would not change his mind. When [the] Jehovah was replaced by one who was not a relative of Eve’s, the new Jehovah was even harsher towards them.

Eventually, the colony of Anunnaki Elite in human-appearing bodies started on Earth by Adam and Eve realized they would never be allowed to return home. It was then that they began mingling and mating freely with humans and other aliens on Earth. Here is The Link ……………

Presently, the Anunnaki Remnants are trying to use reverse engineering to re-develop those “jumpsuits” by re-construction of the fragments of Anunnaki Elite traits that have mingled in the human population. This is one of the major reasons why so many humans have been abducted by aliens. Those who were abducted were not chosen at random – they were selected because they have alien roots and the Anunnaki hope that some of them will have traits from the Anunnaki Elite line.
The Anunnaki Remnants on Earth are now getting desperate as they try to gather as much information as possible in order to reproduce the “jumpsuits”. They have even sought the aid of human scientists to do genetic research, stem-cell research etc. Of course, humans will not really benefit from the genetic research because Anunnaki agents oversee these programmes. The benefits of increased lifespan to nearly 1,000 years, along with other alien powers, will only be doled out to the highest ranking of the Anunnaki Remnants. All others, including lower-ranking Anunnaki, and, of course, humans, will not really benefit from discoveries of genetic research, which is really a cover for the quest to re-construct Adam and Eve’s “jumpsuits”. At best, only certain insignificant benefits will be passed along to humans “as a show” to keep them thinking that the research is for human benefit.

By the way Tap the Site Link I gave you for the DRAKE INTERVIEW displays all 33 of them if you didn’t know.

So, Wasp, did Bill Cooper believe in aliens or not?

If all aliens are a conspiracy, then all alien stories are myth.

If aliens are real, there has to be some kind of conspiracy of silence.

Are they both real and a myth in combination?

What did Bill Cooper really say?