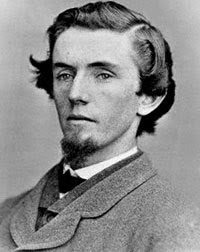 In 1213 the King of England ceded all of his holding to the Pope. This is why Pope Innocent III is one of the parties of interest in the 1215 Magna Charta, and later that same year declared the Magna Charta to be null and void.

The 1213 Charta was reconfirmed in the Declaration of rights of 1689, wherein after declaring manyrights for the people of England and that they were no longer subject to the Pope or the Catholic Church, declared in the last section this Declaration of Rights would be null and void if it came into conflict with any prior Charta.

“III. Provided that no charter or grant or pardon granted before the three and twentieth day of October in the year of our Lord one thousand six hundred eighty-nine shall be any ways impeached or invalidated by this Act, but that the same shall be and remain of the same force and effect in law and no other than as if this Act had never been made.”

In the Treaty of Verona, November 22, 1822, the Pope entered an agreement with Austria, France and Russia to destroy all self representative forms of government, because it threatened all monarchies. The Pope’s henchmen, the Jesuits have been responsible for the down fall of governments and murders all over the world, the most known was Abraham Lincoln.

The Secret Treaty of Verona says:

Article 1: “The high contracting powers being convinced that the system of representative government is equally as incompatible with the monarchical principles as the maxim of the sovereignty of the people with the divine right, engage mutually, to the system of representative governments, in whatever country it may exist in Europe,
and to prevent its being introduced in those countries where it is not yet known.”

President Lincoln knew what was being done, just before he took office he said: “As George Washington was the first President, so James Buchanan will be the last President of the United States.” There was effectively an undertaking to bring America and her people back under rule of England and the Pope. The attack and conquest was complete and universal, England admonished the South for their owning slaves and making war against the United States.

The Pope’s henchmen, the Jesuit priests in the South insured the wrath of the North, after the
Jesuits murdered President Lincoln. The leader of the six Jesuits priests, John H. Surratt, escaped to England where he stayed, hidden by the Catholic Church until safe passage could be arranged to Rome. John Wilkes Booth was initiated into the Knights of the Golden Circle in Baltimore in the fall of 1860, and was not brought into the plot to kill President Lincoln until November of 1864, where in a meeting with the other Jesuit conspirators, Booth was drawn by lot, to kill President Lincoln. John H. Surratt was finally caught and returned for trial for his part in the assignation. Jesuit priest filled the court room daily during his trial, on July 26, 1867.

The jury came back split, half for conviction and acquittal. Surratt was jailed and denied bail. The following September his case was nolle prosequi, meaning the case would not be tried again. Surratt was then indicted for rebellion and later the district attorney entered the same nolle prosequi. The Jesuit priest John H. Surratt, proven to be the ring leader in the death of President Lincoln, was untouchable.

In the affidavit of Henri De Sainte Marie, Aims Report, House of Representatives, 39th Session Congress, Page 15, Ex. Document No. 9., he says: “I believe he is protected by the clergy and that the murder is the result of a deep laid plot, not only against the life
of President Lincoln but against the existence of the Republic, as we are aware that priesthood and royalty are and always have been opposed to liberty. “(Henri De Sainte Marie, Rufus King, Minister Resident)

After the 1213 Charter made the Pope Contracting party, he and the monarchs of Europe declared in this treaty that representative governments were an enemy to the Catholic Church and the monarchies of the earth. As we know the monarchy of England retains its claim to America, but not without intervening and destroying the 1787 Constitution. The third prong of their attack was the Bank of England, taken over by the Rothschilds money after Britain’s bankruptcy. The Rothschilds put in place the Bank of the United States and later the Federal Reserve,
which was born in the Bank of England. Where did the Rothschilds get their huge gold reserve?

I will let you know in the next installment. ‘The Jews ARE THE VATICAN’S BANKERS’

Great Britain Owns The Jews & The Jews Were Put In Charge Of The Banking System!

29 Responses to “The Ultimate Deception”