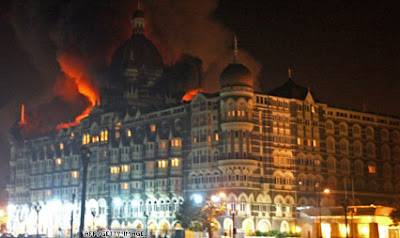 After terrorist conspirator and “former” U.S. government agent David Coleman Headley received promises of leniency and extradition protection from American prosecutors for his role in the 2008 Mumbai massacre, speculation about his true masters was set ablaze as outrage erupted across India.

Headley — a former Drug Enforcement Administration agent and the son of a Pakistani diplomat — pled guilty to various criminal charges on March 18 in connection with his terrorist activities in India, Pakistan and Denmark. He is reportedly “cooperating” with investigators.

In exchange, the government vowed not to allow foreign authorities to question him or subject him to trial. Prosecutors also agreed not seek the death penalty, and he may not even serve a life sentence. Links to U.S. intelligence agencies will remain classified. And his guilty plea ensures that there will be no drawn-out trial that could publicly reveal any relationships with various intelligence agencies — most notably, the Central Intelligence Agency-linked Pakistani Inter-Services Intelligence.

Headley admitted in the plea bargain that he helped plan the bloody massacre by conducting surveillance and selecting targets, gathering GPS coordinates for the terrorist team’s boat landing along the coast, and more. He was also helping to plan an attack on a Danish cartoonist. And while the Federal Bureau of Investigation was given almost 10 hours to question the only surviving attacker in India, a team of Indian investigators who traveled to the U.S. to interrogate Headley was turned away.

News that the United States Federal Bureau of Investigation (FBI) had reached a plea bargain with David Coleman Headley, who played a key role in the planning of the terrorist strike in Mumbai in November 2008 in which 166 people were killed, has caused an uproar in India.

The deal enables the US government to hold back from formally producing any evidence against Headley in a court of law that might have included details of his links with US intelligence or oblige any cross-examination of Headley by the prosecution.