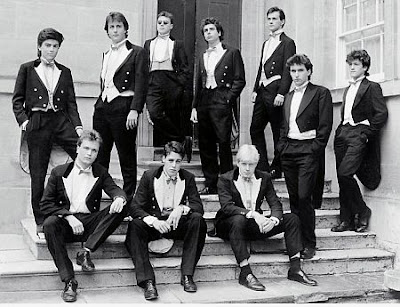 A Bill of Impeachment (H.CON.RES.107) has been lodged in the US Congress.

The officers of the secret police that control Britain’s newspapers (according to Martin Bright, former Home Affairs correspondent of the Observer) are not allowing their minions to disclose to the British public that the President of the United States –
(a) is a usurper without documentation:

(b) is being subjected to impeachment

Although H.CON.RES.107 was lodged on 7th March, the British media still hasn’t been given the green light to report the impeachment of America’s fake president. Neither has the media been allowed to disclose that Messrs. Greenspan and Geithner have laundered 15 trillion through the Royal Bank of Scotland. Under the Cameron regime, journalists mimic the paralysis of Britain’s brainwashed ‘firepersons’, who now study health and safety manuals while people lie dying [sic] in front of them.

The move to impeach arises out of a statement made by Secretary of Defense Panetta in response to questions from Sen. Jeff Sessions, R-Ala., over who determines the proper and legal use of the U.S. military. Panetta said, “Our goal would be to seek international permission and we would … come to the Congress and inform you and determine how best to approach this, whether or not we would want to get permission from the Congress – I think those are issues we would have to discuss as we decide what to do here.”

Panetta’s declaration before the Senate Armed Services Committee that he and President Obama look not to the Congress for authorization to bomb Syria but to NATO and the United Nations, led to Rep. Walter Jones, R-N.C., introducing an official resolution calling for impeachment should Obama take offensive action based on Panetta’s policy statement, because it would violate Article I, Section 8, of the Constitution which reserves for Congress alone the power to declare war.

In January, the White House imposter also forced through Section 1031 of the National Defense Authorization Act – a barbaric piece of legislation worthy of Robert Mugabe, which gives him the right to detain anybody in the world incommunicado in perpetuity. The American Mugabe also exercises the right to kill anybody in the world. As hundreds of thousands of people in the Middle East have found out to their cost.

A fleet of thousands of drones is now being established for the ‘targetted killing’ of Americans in their own country – by a fake “President” without a US birth certificate.

What does crypto-jew Cameron/Levita do? He sanitizes the British media and goes brown-nosing in Washington – after forcing the President of the Kent Golf Society to go to America to face 35 years in Obama’s hell holes and banning the crucifix.

Maybe David should do for Obama what Blair did for Bush. Try giving him a blow job. That should come naturally for an old Etonian.

Tap – its not true that Obama has been impeached . A more balanced report is that a Republican congressman has introduced a bill that appears to warn President Obama that he could be impeached if the United States gets involved militarily in Syria without congressional approval. The bill introduced last week by North Carolina Rep. Walter Jones declares that it is an impeachable offense for a president to authorize military action against another country without consent from Congress.

I dont know what the practical implications of this bill is – Do you ? Sean

Interesting info. from GL on the possible impeachment of Obama. I read something yesterday that said Joe Biden
was going to give evidence against Obama. Can’t recall where I read it though. I only remembered it after reading
GL’s piece.

It was also good to see GL mention the names of Greenspan and Geithner and the 15 trillion dollars allegedly
laundered through RBS (via HSBC and other banks) because that is exactly how Lord James of Blackheath tells
it. There have been a few less than complimentary blog posts around about Lord J, so some people are obviously
getting rattled!

17 Responses to “Obama Is Being Impeached.”