The house can be found in Conkwell, just outside Bath, the village where Chris Patten used to live, the MP that drove independent shops out of Bath and then, when he lost his seat, oversaw the last years of Hong Kong under British rule, and then later became Vice Chancellor Of Oxford University, ensuring standards were undermined there too.

TAP – one disaster after another, followed by yet another promotion.

Conkwell doesn’t really need over 200 numbers to identify the houses. Twenty would be plenty.

It is a very small isolated hamlet. 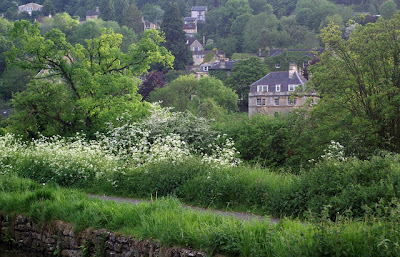