This news report says that a plane crashed on take off in North Los Angeles. The report says the plane was carrying aviation fuel.

Had it been a fuel fire, the fire crews could have, and would have brought the fire under control.

They couldn’t, or they didn’t.

The obvious conclusion is the plane was not carrying fuel.

So what was it carrying?

I think we know the answer to that.

The cargo was a full load of this stuff…….

…whatever they are spraying over humanity across the globe, known as chemtrails.

They say chemtrails are geo-engineering the planet to slow global warming. If that was the case they would not only be spraying areas where there is human population.

NO, the lies should stop.

Chemtrails are targeting human health, in an attempt to cut the population.

They started in the 1990s in the USA. They can today be seen in every developed country. Areas with concentrated population are being targeted.

The military advises its own personnel to stay indoors on days when chemtrailing is intensive, and to shower regularly.

What about the rest of us?

Chemtrails contain barium, aluminium and strontium. Boron can also be detected. Boron shrinks testicle size and causes sterility. The others degrade human health and make people get sick and die. 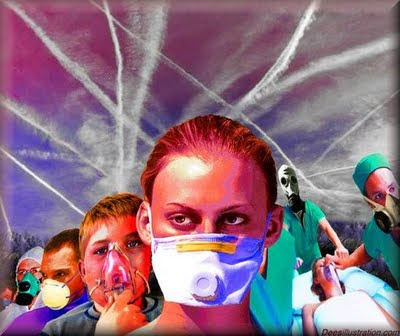 Interesting – the plane looks like it belongs to Omega Aerial Refuelling Services, except the logo doent quite match what is on the images on the following line – its a little too thin.