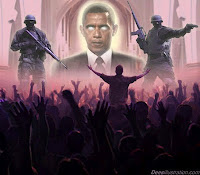 The BBC, the Times and the Guardian continue to keep the muppets in the dark. Nothing has been said about Obama’s latest, monstrous executive order.

In a stunning move, on March 16, 2012, Barack Obama signed an Executive Order stating that the President and his specifically designated Secretaries now have the authority to commandeer all domestic U.S. resources including food and water. The EO also states that the President and his Secretaries have the authority to seize all transportation, energy, and infrastructure inside the United States as well as forcibly induct/draft American citizens into the military. The EO also contains a vague reference in regards to harnessing American citizens to fulfill “labor requirements” for the purposes of national defense.

Not only that, but the authority claimed inside the EO does not only apply to National Emergencies and times of war. It also applies in peacetime.

Here is a discussion of the significance of the order:

The Executive Order is here:

Are the Rothschilds and Goldman Sachs getting ready to foreclose on America? Yes, but it’s worse than that. The White House is preparing for the forthcoming Carrington event, which the elite plan to use for massive world depopulation by knocking out the magnetosphere artificially. Environmentalism is becoming Marxism-Leninism on steroids. Before the mass murder of Americans (using the sun as a neutron bomb) their property is to be confiscated. Obama can now confiscate anything, and under the NDAA, kill anybody. There hasn’t been been such a tyranny since Lenin and Stalin, who were both financed and manipulated by Wall Street Jews, Jacob Schiff and Bernie Baruch. Obama is backed by their successors.

Environmental madman Lord Porritt has called for a 50% reduction in the UK population. He knows what he’s talking about. Now you know, muppets! 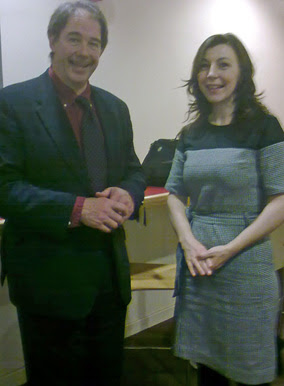 TAP – Great idea, Jonathan. Which members of your family are you proposing for execution? Maybe you first? Well 50% means one of you’s for the chop, you noxious lumps of politico-slime.