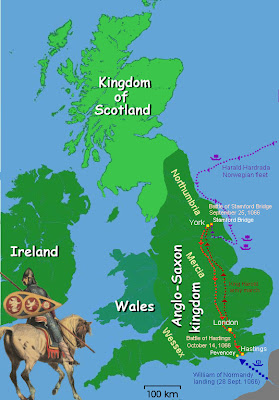 In 1066, Hastings tried to fend off an invader. This time they face an enemy too cowardly to show their faces. They spray poisons on the British population from 30,000 feet. An arrow in the eye would be too good for them. Someone should find the airfields where the cowards fly from, and invite them to battle on fair terms. Hands tied behind their backs, blindfolded, knife to their throats. They are killing us. We should do the same to them.

Last week, a TV segment on chemtrails was presented on a CBS affiliate out of Atlanta. Although the story was presented as a conspiracy theory, TV news reporter Jeff Chirico issued the following invitation at the end of the segment: “Now, we know that a lot of you have pictures and videos of chemtrails. We want to see them. So, send them to us at: pics@cbsatlanta.com. We’ll post them on our website.“

TAP – is the chemtrails reporting embargo in the media about to burst?

Why are chemtrails visible on radar?

Why are respiratory illnesses surging?

May 12th Rye demo. Why not turn up? Make a bigger street presence.

Donate. There’s a Facebook account where details are given. (TAP – is there? Can’t see one) – Just send us your bank account details, I’ll publish them and Tap readers will pay in direct soonest. TPTW tend to get in the way of funding if they can.

TAP – I’m worrying about the chemtrails I see in the sky where we live, and the strange smells on the air in the evenings. So much so I’m reconsidering moving my family from the Philippines, as we’ve been planning a long time. Why would I want my baby son to breathe Strontium, Aluminium, Barium and Uranium? The bastards shoved an unauthorised vaccine into him the day he was born. It’s my responsibility to try and keep their filth out of his tiny (though growing) body as regards their air poisoning programmes. He’s staying put until the chemtrailing Battle of Britain is over. I’m going back to join them soon, for a while, but the chemtrailing fight is my fight. Who’s trying to kill us every day? Let’s deliver the message to as many people as we can.

We need chemtrail awareness events every week not just a day…. this event that I organised was well advertised locally and even then I had to say it was a Environment Awarenesss event to the﻿ venue and council, you try to organise an event that actually says its a Chemtrails awareness event and see what shit you get from the authorities, it was a start just to show people whats possible, and considering it was just one person efforts with a sponsor…
TheAnalogical

These events need to be properly publicised. I would have gone to it if I had known about it and lots of other people would also have gone. ﻿ We need to have a chemtrail awareness day throughout the UK.

The is one fight that is getting out there. Even my family who is far removed from the world of conspiracies is beginning to see the light when it comes to Chemtrails. There is a product that can help your body defend against the metal toxins. It is called Zeolite. I encourage you all to take it. I have seen the positive effects of this product first hand.

Jim Marrs explains the kind of world we live in where TPTW can spend billions trying to poison humanity.

For more on the environmental effects of chemtrailing –

Other reasons to be optimistic –

22 Responses to “The Chemtrail Battle Of Hastings”