Hi Tap, Here is some Breaking News, its exactly as Predicted by Fulford a couple of weeks ago,
& Max Keiser has mentioned it was more than a possibility it would happen, this is the start of the rot.

This wasn’t what I was going to have posted, but that can wait.

Another thing, Gates has been arrested (so he won’t be deleting any files), following Geithner’s Act, along with Bush Senior & Kissinger. 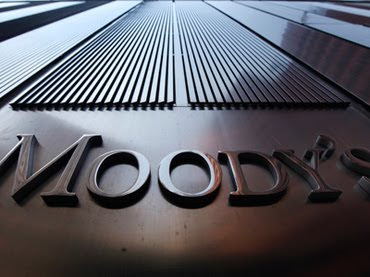 Moody’s Investors Service considers Greece to have defaulted per its default definitions. The announcement comes despite Athens reaching a deal with private creditors for a bond exchange that will shave €107 billion from its €350 billion debt.

The agency pointed out that even though 85.8 per cent of the holders of Greek-law bonds had signed to the deal, the exercise of collective action clauses that Athens is applying to its bonds will force the remaining bondholders to participate.

Eventually, the overall cost to bondholders, based on the present net value of the debt, will be at least 70 per cent of the investment, Moody’s explained.

“According to Moody’s definitions, this exchange represents a ‘distressed exchange,’ and therefore a debt default,” the US rating firm said. “This is because (i) the exchange amounts to a diminished financial obligation relative to the original obligation, and (ii) the exchange has the effect of allowing Greece to avoid payment default in the future.”

Ahead of the debt deal, Moody’s had already slashed Greece’s credit grade to its lowest level, “C,” and so there was no impact on the rating.

Moody’s pointed out it had already downgraded Greece’s sovereign rating to C from Ca on March 2, further to the announcement of the debt exchange proposals. It also said it will re-evaluate the rating to see how the debt write-down and the second bailout package would affect the country’s financial sector.

On Friday, Athens announced that it had carved out a crucial bond swap deal with private investors designed to write off more than €100 million of Greek debt. The bondholders agreed to take huge losses, giving up some 74 per cent of the value of their investment.

The agreement with private investors was a crucial part of a new bailout from the EU and the IMF aimed at averting a catastrophic default which could plunge the entire eurozone into a deep crisis potentially harming the global economy.

Greece is experiencing its worst economic crisis since World War II and has been on the brink of a default with debt equal to 160 per cent of its GDP.

Investigative information for Europe and the United States has a series of ultra-elite arrests.

According to the man of MI6 and senior Pentagon, Henry Kissinger and Daddy Bush, Bill Gates, founder of Microsoft has continued to work in order to prolong the life of the international financial system of the conventional and the key currency to U.S. dollars Federal Reserve Board to issue , to be bound by U.S. officials last week, that has received the pursuit.

This movement, as reported in the previous issue, and the trigger information is a number of Timothy Geithner, U.S. Treasury Secretary will be temporarily restricted on February 24, when subjected to interrogation, revealed to the authorities according to the plea agreement has become.

Geithner and exposed the fact that he gets to know the following people for self-protection, “even their own Obama also, at the direction of running (Papa Bush) George Bush · H · W ·” eventually testified. The trick to enable the embezzlement of more than 40 different soft of network computer Papa Bush received the testimony of Geithner, has been questioning the next “Bill Gates of Microsoft, has been prepared for a new financial system and due to the testimony “was constructed, he said it lasted the hand of the investigation even Bill Gates to sweet-potato vines formula.

If the information is true big play investigation to proceed in the back started to flow from this per week before last, near the start of a new financial system in the world. Also background has become a situation of exceptional part of the central banks and private banks, the world’s leading, that have committed to resign in the near future or resignation (including dismissal) to date, believe that movement is related to the establishment of a new world financial system as well.

※ I want you to view a list of the 116 people that have been addressed are summarized in the following URL. From here, you can also check the resignation of the individual news sources.
http://americankabuki.blogspot.com/2012/03/115-resignations-from-world-banks.html

It is not known under what circumstances these individuals have left their positions, I make no judgement on that. I find the timing of so many resignations extremely curious and a temporal marker in history of high significance. No one should assume I make any judgement about the character of these people. I frankly don’t know their reputations except for a few rather famous ones.
This list includes Banks, Investment Houses, Sovereign Wealth Funds, Equity Funds, Savings Retirement Funds and other shadow banking organizations. The line is very blurry between these entities, some are owned by banks some are banks, some invest in banks as well as owning entire industries (common in Hong Kong and Japan).