I’ve written two replies to ‘Anonymous’ – who seems to be another shill!

1. There is not a shadow of doubt that Barack Obama’s real birth certificate, wherever it is, disqualifies him from the US Presidency.

‘Anonymous’ claims that “for Obama to have been born anywhere other than the USA, all six of the following would have to be false. But all six points are true.” Let’s look at two of the points.
Firstly, he says that “the official physical copy of the long-form birth certificate was handed around in the White House press room, and one reporter said that she had felt the seal and took a photo of the document.” That statement is neither here nor there. There is no way of knowing whether the document in question is genuine because nobody present subjected it to forensic examination.

Furthermore, the putative scan of this putative certificate is on the White House website and has been subjected to an official forensic examination, which has also been confirmed by many members of the public. The certificate is a proven forgery. If the White House is not capable of producing a genuine scan of a document, there is no reason to believe the original document exists.

Secondly, as regards Obama’s grandma, the use of Google indicates that Obama’s Kenyan grandmother DID NOT SAY repeatedly in the taped interview that he was born in Hawaii.

So ‘Anonymous’ is wrong on both points. There is no need to waste more time with the other claims he makes about the birth certificate issue. His are not chance errors or carelessness. They are the Orwellian work of the secret police.

H. Con. Res. 107 asserts Article 1, Section 8 of the Constitution which reserves for Congress alone the power to declare war. Section 8 was effectively challenged last week by Secretary of Defense Panetta when he said that he and President Obama would look not to the Congress for authorization to bomb Syria but to NATO and the United Nations.

From the point of view of Congress, that is the most important article in the Constitution. To oppose H. Con. Res. 107, would mean that Congress would vote to revoke its most important constitutional power and tranfer it to NATO or the UN. It is most unlikely to do that. The Resolution is therefore aimed at being bi-partisan, so it is likely to be successful. The Resolution is also framed in such a way that AIPAC will be unable to campaign openly against it. A very powerful lobby – the veterans – will support it.

H. Con. Res. 107 is designed to stop wars on Syria and Iran and needs to be publicly supported. The Resolution also facilitates impeachment for the Libyan war, for which in excess of one billion dollars was spent without consulting Congress. Merely because the media was not allowed to publicize how that money was spent, and what was destroyed with it, does not mean the war did not take place. The Resolution will also partially resuscitate the US Constitution after ten years of attacks by Bush and Obama.

As somebody has said here, there is a huge amount of resentment against Obama, especially amongst ‘Caucasians’ who have long been paralyzed for fear of being seen as ‘racist’. Understandably they detest America’s first black president who, after being entrusted with the government of the United States, has repeatedly put his signature to documents that have destroyed the historic political achievements and human rights of white Americans. This in a country in which a long and very bloody civil war was fought for the emancipation of black slaves (TAP – inter alia…). Obama has also continued to disgrace the United States in AIPAC’s hugely expensive foreign wars.

H. Con. Res. 107 is potentially more effective than a full-blown Act of Impeachment off the bat. After H. Con. Res. 107, Obama will have to consult Congress, no matter what Panetta said last week. The GOP itself may even put paid to Cheney and McCain’s ‘fifty years of war’. That is why H. Con. Res. 107 needs to be supported. 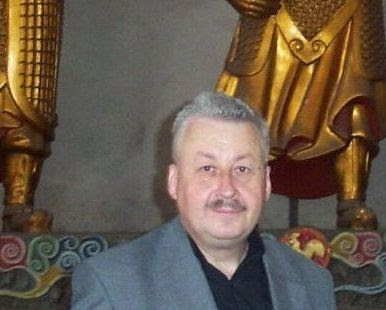