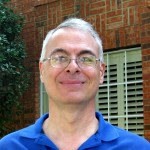 TAP – I emailed John Kettler to ask him if his contacts with benign aliens who want an end to the New World Order (nothing ‘New’ about it. Call it the OWO) could offer any hope about stopping chemtrails. Here is his answer. I copied this from my emails so the correspondence takes place in reverse order, as follows –

From: The Tap Blog

I will disseminate stories from you that appeal to readers.

Thanks for your stuff. We need hope.

Can we stop chemtrailing?

TAP. I have decided to bring my son to live in Britain. We don’t want to be apart half of the time any longer. The chemtrails are highly toxic to babies and all earthly life forms, but at least we have hope of stopping them. There are benign forces in play, as well as the evil of the OWO. With this hope, I will bring Sean to live in England.

I live in the scottish borders, 2mins along the lockerbie flight path, overhead is a literal motorway of aircraft heading to all points on the compass, it’s also a military fly zone so I do know virtually every type of aicraft from the private prop to the big transatlantics & military, as you say these craft are unmarked, they don’t fly on any of the usual routes & are sometimes what appears to be twice the height of any other craft, I think the reason we are hit is because of the 5+ big natural reservoirs that supply glasgow edinburgh south scotland & england with its water supply.

last years village horticultural show was devastated as people put it down to wet weather for not being able to grow anything, but some of these people specialise in growing certain types of veg. & have been doing for years. I even saw during the 2010 cold snap the fibres reflected in the sun, only one other person has realised what’s happening, I’ve know for a few years now but gave up taking pictures as there was no need in taking anymore.

21 Responses to “John Kettler. Chemtrails? ‘We’re Working On That.’”