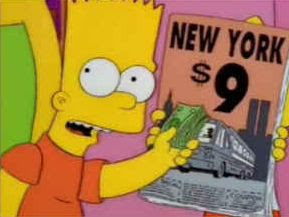 Hi Tap, The Gymnastics team should look upon this as a good omen, they should be far away if they had sense.

The Lord Mayor of London John Stuttard said the Games were in keeping with the Zion theme.
Remember the information was on Spooks code 9, and Tom Cains effort.

I first thought, oh no, not another prediction of terror, which will pass by in the calendar like all the others. Then I had the thought as to what was the terror alert all about last year from the German lawyer, that the Berlin stadium was to be targeted during the women’s World Cup Final in Berlin.

There was so much deliberate deception being put out to fool ‘conspiracy theorists’ into believing that Berlin was going to be the target of terrorists, with an episode of the Simpsons picturing the demolition of a stadium similar to Berlin by a nuclear weapon. Similar methods were used to flag up 911 in New York in advance of the event, if only people had been alert to the Illuminati signals.

Then, of course, in the case of Berlin, nothing happened.

The comment above suggests Illuminati signals are starting to happen as regards the London Olympics. I haven’t examined these at all. Maybe other readers have, or the commenter can expand on the ones he’s seen or heard of.

If you were going to do a False Flag at the London Olympics, you would, given the likely attention of the conspiracy community or truth movement, probably give some other false, false flag alerts for similar events beforehand to confuse the conspiracy community into silence. The Berlin game which looked very convincing at the time, could have been one such.

You might also recall that the day after London won the Olympics in July 2005, London was bombed with the 7/7 false flag – the Tube bombing. That sequence of events had Illuminati signature.

3 Responses to “Are The London Olympics Going To Be An Illuminati Event?”