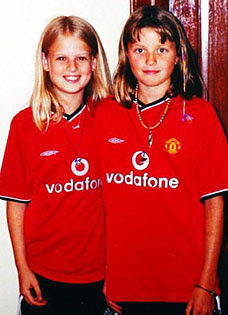 Here’s an interesting article on a website, written in 2003 by Joe Vialls, questioning the convictions and treatment of Ian Huntley and Maxine Carr.

The link was posted as a comment, by another user, on The Tap a couple of weeks ago.

It’s not easy to visit & view the www page, as the moment you connect and the article appears, there is an automatic redirect to another website vialls.com (note different spelling) which contains links to pornography and dating sites and must be completely unrelated to the Huntley article, written in 2003 by Joe Viallis. Obviously some kind of ‘decoy’ website has been set up, but set up by whom?

Here’s the link to the David Icke forum page
http://forum.davidicke.com/showthread.php?t=42660 (FAULTY) that has the original link to the Viallis website – with instructions as to how you are able to stop the automatic redirect. The moment the page appears, you have to click STOP (the red X) on your browser, at least 5 or 6 times. The same applies when you link forward to page two of the website / article.

There’s an interesting comment posted at the bottom of the Icke forum page about an invention that Huntley came up with before his arrest – have a look.

If we go back in the investigation three days, to August 13th, we can find a possible explanation for the police clairvoyance. On that day, a local jogger reported to the police having seen two mounds of recently disturbed ground at Warren Hill in Newmarket. These were thought to be shallow graves, and so must have looked like it. This same jogger had also reported, a week before, having heard child-like screams from this area three hours after the abductions, so that the timing and place are significant. The police had five hours of daylight in which to investigate this site but they spent all night there, in fact thirteen hours, and they didn’t emerge until six thirty in the morning, “covered in twigs and soil” as a reporter put it, to announce that these mounds were only badger setts.

However, these mounds surely could not have been badger setts, as these would not be confusable with graves, and nor would it take thirteen hours to find that they were badger setts. Both were recent disturbances, and it is inconceivable that two badger setts or inlets could both have resembled shallow graves. They were 30 metres apart, and this must be too close together for badger setts.

The possibility that these mounds were actually where the police found the bodies would explain where the police acquired the forensic evidence, and why they were able to know that the girls were dead before the public found the bodies at Lakenheath. It would also show that the placing of the bodies at Lakenheath was part of the fraud against Huntley, because this is near the place where Maxine Carr had taken her adopted surname (a lake called The Carr) and where Ian Huntley’s father and grandmother lived. This design corresponds with that of the forensic evidence itself, connecting the dead bodies to the defendants in the same way.

The discovery of the bodies at Warren Hill on the 13th of August corresponds with the finding of the coroner, who judged that the bodies had been moved to the woodland at Lakenheath and that the victims almost certainly had not been killed where their bodies were found. If the typical prowler killer had murdered them, they would most certainly have been killed where they were dumped, which site could have been at Warren Hill.

Joe Vialls (1944 – 17 July, 2005) was a conspiracy theorist and internet journalist based in Perth, Western Australia. His claims that major incidents such as the Port Arthur massacre, terror attacks in Bali and Jakarta and the 2004 Asian Tsunami were the work of Israeli and American secret agents gained a measure of notoriety in Australia, America and Indonesia.

Published work
Joe Vialls self-published a number of books including Deadly Deception at Port Arthur, The Murder of Policewoman Yvonne Fletcher and Lockerbie and the Bombing of Pan Am 103, and was the author of hundreds of internet articles.

Many of Vialls’ investigations blamed significant world events – such as the 2004 Asian Tsunami – on joint CIA/Mossad operations, and Vialls maintained in disclaimers on his site that his reports were written in the interest of public safety. In other investigations, Vialls supposedly proved that such esoteric happenings as the death of Diana, Princess of Wales and a scandal involving the wearing of a swastika by Prince Harry were Zionist plots.

NB his name is Vialls not Viallis. Google seems to be trying to get people to get this wrong. If you key Vialls in a search, it brings up Viallis.

Malcolmd writes – At the time that Joe Vialls published his article on Ian Huntley and Maxine Carr back in 2003 I found his most damaging criticism of the show trial was his observation that the two bodies could not have been moved from Huntley’s residence to that location immediately adjacent to the Lakenheath air base perimeter fence in his car because the boot was too small to fit the two bodies into.

Also when Huntley appeared on television news programmes he gave no outward signs of being agitated. Just the opposite he was trying to be helpful to the authorities in their investigations. When Huntley appeared in court his demeanour was totally different – that of a drugged junkie. He spent months on remand at Rampton waiting for trial. Vialls opinion was that the two schoolgirls were murdered by a US airforce sergeant who he named who was conveniently flown home to the US during the murder investigation.

I had email correspondence with Joe at the time and made a small contribution to his website fund. He mailed me back and spoke of his many visits to Hamble when he went sailing as a serving member of the Royal Air Force – he listed all the public houses in Hamble as well as the RAFYC. It is my opinion that his terminal illness was induced by those behind the scenes puppet masters who run the world. All his articles I found entirely credible and they stand the test of time. After his death his website remained online for a good three years. All recent links to his writings appear to be questionable.

TAP – August 2002 was the moment all British forces were being mobilised to send to Afghanistan. Were the girls murdered to create a news diversion? The story filled the media for weeks while ships were sailing from ports across the country unreported.

TOMMY – Joe’s work was absolutely pivotal to my waking up.

”Were the girls murdered to create a news diversion?”

Actually, I see it the other way round – as I remember at the time, Joe said that murders near American military bases are frequent – so it was hushed up because if you remember at that time, there was massive opposition to the war, and had this got out, there would have been uproar.

Sky news coverage was disgusting – they were actively complicit in the cover-up.