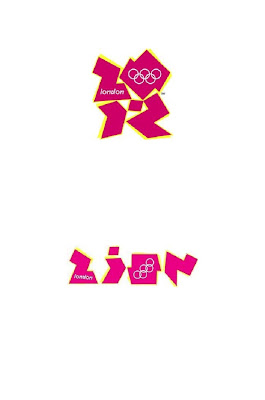 When the logo for the London Olympics was unveiled in June 2007 at the cost of £400,000 there was significant public uproar due to both the cost and how terrible it looked. Despite public pressure, the International Olympic Committee stood fast on keeping the logo, with no flexibility. In other words, this particular logo was very important. Why? There are many interpretations spread about the net, all intended to dissolve the true symbolic meaning behind the logo.

It has been claimed to look like a swastika, a runner and even Lisa Simpson but these are all ridiculous diversions. On first glance you can easily make out the numbers 2012, but why the random ‘dot’? Here’s why…Are we to believe that the London 2012 Olympics are going to facilitate the implementation of Zion – the ‘New Jerusalem‘?

And did those feet in ancient time
Walk upon England’s mountains green?
And was the holy Lamb of God On England’s pleasant pastures seen?
And did the Countenance Divine
Shine forth upon our clouded hills? And was Jerusalem builded here
Among these dark Satanic mills?

Bring me my bow of burning gold:Bring me my arrows of desire:
Bring me my spear: O clouds unfold! Bring me my chariot of fire.
I will not cease from mental fight,Nor shall my sword sleep in my hand
Till we have built Jerusalem
In England’s green and pleasant land.

An 18th century writer, artist and esotericist, William Blake had connections with Freemasonry. Was this early work a declaration of the esoteric agenda, for all to see?

After all he was ‘involved’. 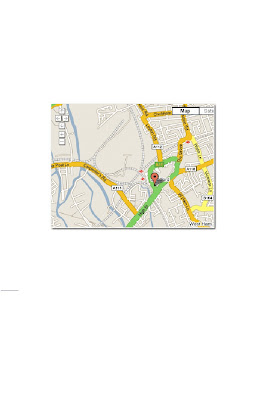 I shall start by stating my intentions. With my research, I do not intend to cause panic or fear, or to create a platform for prejudice and hate. I publish these views in order to simply raise awareness. To raise awareness on the grounds, that if indeed something does transpire during the London Olympics 2012, you can observe the event with a critical eye.

It is my intention to ensure we shall not be duped!Following my two previous articles concerning the Olympics 2012, I decided to cast myeyes into the air and look down again. You guessed it, out came Google Maps.Here’s a map and satellite view of the Olympics 2012 Site. Zoom in and take a look:Stratford in London, is to become host to the Olympic village, which is undergoing massive regeneration due to the project. The site was claimed to be the last area of suitable wasteland in London. Pretty lucky eh? Or maybe it was left alone for years for this very reason!

I choose the latter. 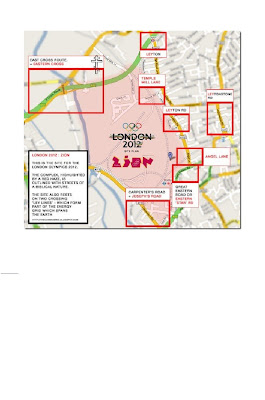 And so… to the point. Take a look at the Olympic site with the Google Maps road view. On a first glance it looks like any other map view, but persevere… take a closer look at the road names (click to enlarge):You will find that the entire site of the Olympic Village is surrounded by somewhat biblical and mystical road names. The New Jerusalem you ask?