Chemtrails target the body’s most vulnerable organ, the lungs.

The dawn is breaking. Stars are still visible in the sky. There are no clouds. It’s not freezing. Still dressed in night attire, I bring in two bottles of milk, deposited an hour ago on the doorstep. It’s 5.30 am on a Monday morning.

For a few days chemtrailing planes have not been seen. The wind has blown. It’s been raining. The air has become quite fresh and health-giving. Today there is no wind. The inevitable is occurring.

Overhead a sickening white horizontal plume stretches across the morning sky, the toxic tanker flying north west to south west. It has only been spraying a few minutes, starting approximately where Wales ends and England begins. His wingman is opening up a couple of miles on his starboard side, and a couple of miles behind. That’s all I can see given the as yet poor light. If the normal pattern is to be observed, within minutes, there will be a dozen planes crossing the border on the same parallel lines covering the sky from horizon to horizon.

On chemtrailing days the military are advised to keep indoors, and to shower regularly. The public are not told anything. We are the targets, or rather our lungs are. The contents of the plane’s tanks are spewed out, aimed at our own vulnerable life-supporting breathers which exchange carbon dioxide for fresh air. Oxygen from the air is grabbed by our blood through the wafer thin lining of our lungs. Our blood in turn circulates it around our bodies to supply tissue with this life-giving element.

By seeding metals into the lining of our lungs, our defences against all kinds of illness is progressively lowered. Our ability to take up oxygen is reduced, and our immune systems are worn out fighting an invisible enemy who shouldn’t even be there, one they don’t recognise. During millennia of life on Planet Earth, strontium, barium, aluminium, uranium and boron were ever once previously presented to immune systems as regular components of air until chemtrailing began. They are carefully calibrated to ensure we have no defence, and our health is undermined.

The plume in the sky will spread out and over twenty minutes become a long straight milky cloud. Within hours, some people will start coughing. Others will find their throats impossible to clear. All are being prepared for a shorter life span than nature would otherwise apportion to us.

When will this act of war be stopped?
Where are the enemy?
How can we hit back?

As in all wars, the dawn attack best catches humanity unprepared. In the case of the plumes of death, 99.9% of the intended victims have absolutely no idea they are being attacked, even after it’s happened. Welcome to warfare in the twenty first century, where your own government spreads death amongst the population by stealth, while its propaganda ministry runs a mix of trivial stories of celebrity, and orchestrated terror to bemuse the intended victims. How many eyes will turn to the sky and understand what they are witnessing? War, we all know, requires bombs and bullets. No it doesn’t.

On chemtrailing days like today, people can be told to look up and some can start to understand what is being done to humanity. The fight to survive requires people to talk to each other. No radio announcer or television channel will help us. They are also key weapons, in the hands of of our enemies. Use your voice to save your lungs and life. Tell people to look up and watch…today.

The Lessons Of Auschwitz 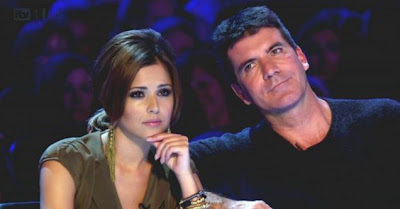 The Nazis experiments with genocide showed that the most efficient way to kill large numbers of people is via their lungs. Rather than ship everyone off the gas chambers at great expense, alerting people to the fact that their demise is intended, it is much more convenient to deliver death into the air people breathe where they live. This works for as long as it takes people to realise what’s going on. By ensuring the media busies peoples minds with an oscillating combination of trivia and terror, the time taken by people to realise the air they breathe is slowly killing them, can be stretched out indefinitely. 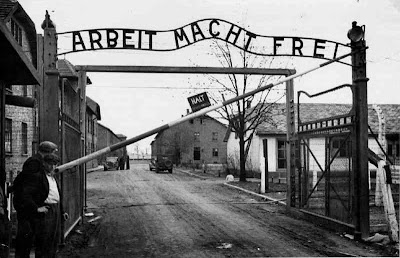 When killing millions, it never pays to let on what the plan is.

Is the world starting to waken to the depopulation agenda?

I wrote yesterday about encouraging news coming out of Irving, Texas, where Mayor Beth Van Duyne
and city manager Tommy Gonzalez pushed back against the globalist takeover of local communities by withdrawing membership from ICLEI, the action division of Agenda 21.

Today, I’m happy to report that Tennessee lawmakers have passed Joint Resolution 587 by a vote of 72-23 to condemn Agenda 21 as “destructive and insidious.”

The language used by the Tennessee lawmakers is worth examination, because it is among the harshest and most truthful that has been used to spell out the true plan that Agenda 21 has in store for the United States.

Contrary to the flowery language that policy makers have used to set Agenda 21 — appealing to well-meaning people through the use of words like sustainability, biodiversity, quality of life, smart growth, and the ever-inclusive human rights — the language contained in Resolution 587 strongly refutes this, stating:

WHEREAS, the United Nations Agenda 21 is a comprehensive plan of extreme environmentalism, social engineering, and global political control that was initiated at the United Nations Conference on Environment and Development (UNCED) held in Rio de Janeiro, Brazil in 1992; and

WHEREAS, the United Nations Agenda 21 is being covertly pushed into local communities throughout the United States of America through the International Council of Local Environmental Initiatives (ICLEI) through local “sustainable development” policies such as Smart Growth, Wildlands Project, Resilient Cities, Regional Visioning Projects, and other ‘Green’ or ‘Alternative’ projects; and

TAP – Please note – The term ‘sustainable development’ means the elimination of 90% of the human population.

WHEREAS, according to the United Nations Agenda 21 policy, social justice is described as the right and opportunity of all people to benefit equally from the resources afforded us by society and the environment which would be accomplished by socialist/communist redistribution of wealth; and

WHEREAS, according to the United Nations Agenda 21 policy, national sovereignty is deemed a social injustice; now, therefore,

BE IT RESOLVED BY THE HOUSE OF REPRESENTATIVES OF THE ONE HUNDRED SEVENTH GENERAL ASSEMBLY OF THE STATE OF TENNESSEE, THE SENATE CONCURRING, that the General Assembly recognizes the destructive and insidious nature of United Nations Agenda 21 and hereby exposes to the public and public policymakers the dangerous intent of the plan.

BE IT FURTHER RESOLVED, that neither the U.S. government nor any state or local government is legally bound by the United Nations Agenda 21 treaty in that it has never been endorsed by the U.S. Senate.

BE IT FURTHER RESOLVED, that the federal government and state and local governments across the country be well informed of the underlying harmful implications of implementation of United Nations Agenda 21 destructive strategies for ‘sustainable development,’ and we hereby endorse rejection of its radical policies and rejection of any grant monies attached to it. (Source PDF)
Naturally such a statement of sovereignty, self-direction, and individual rights was criticized by The Southern Poverty Law Center’s Hatewatch as being indicative of “a new new sign of antigovernment extremism creeping into the political mainstream.” The SPLC went on to try to invoke a connection to the John Birch Society, maligning them and others who believe in the foundation of America as a place built by individuals and entrepreneurs, not central planners and authoritarians. (Source) I sincerely hope that the SPLC condemnation is received by Tennessee lawmakers as the highest form of flattery.

Grassroots activism is clearly having a real impact, as Agenda 21 is finally making its way into the open and educating fellow citizens, as well as those in power. House Democratic Caucus Chairman, Mike Turner, stated, “I didn’t know what Agenda 21 was, to be honest with you,” saying he wanted to learn about it. “I had never heard of it before.” Resolution sponsor, Kevin Brooks should be commended for listening to his constituents. He told the press that “It really is a problem that many Tennesseans do know about … the responses we’ve received — emails, letters, phone calls, petitions signed by hundreds of Tennesseans saying, ‘Please protect us’ — that’s what we were elected to do.” (Source)

Yes, that is what they are elected to do; to listen to the voices of concerned citizens, and to ignore the agenda-driven rhetoric from groups like The Southern Poverty Law Center and the elite overlords at the United Nations.

While this Resolution is non-binding, it is an indication that the tide is turning; people are awakening to the strings that are being pulled by the UN to control compromised puppet politicians and slither into local communities undetected until it is too late. Let’s continue to keep up the pressure and encourage other states to take action and resist the advancement of Agenda 21 and its many ancillary programs.

If you would like to learn more about the lexicon of Agenda 21 and what the real definitions are behind their deceptive language, please visit MorphCity’s definitions page here.

TAP – Agenda 21 is the depopulation agenda which is killing us with poison gas from chemytails. The UNited Nartions Agenda For The 21st century.

Tennessee has a history of fighting Big Brother –