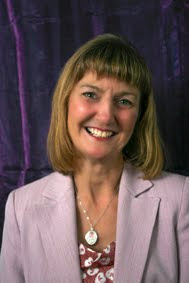 One family caught up in the vaccine cover up was Mr. and Mrs. Peacher and their two children. Six years ago Mr. and Mrs. Peacher had their two children child A aged 6 and child B aged 7 snatched from them by social services after they claimed their children were vaccine injured. Without warning the couple was falsely accused of MSBP (Munchausen Syndrome By Proxy) and as a direct consequence of this accusation had both children taken away by social services (CPS).

The children were then separated and put in foster families 200 km apart.

What grounds did social services have to snatch the children? Very little it appears as the children were reported to be appropriately dressed, well groomed and clean. According to the background reports to this case the children were well fed, cheerful and seemingly happy children.

The family had also moved around a lot and had been said to have had twelve different moves in eight years. According to Mr. Peacher this was because the children were being severely bullied for being ‘different’ and because of his work.

Did these problems amount to child abuse or were their children stolen because Mr. and Mrs. Peacher dared to suggest that they were vaccine damaged?

Reading through the reports the children did have problems mixing and had an array of ‘unmet needs’. The reports stated that the children both exhibited the following behaviors:

Poor attention spans, poor self control e.g. fidgeting, unsettled; presented as socially unboundaried e.g. over familiar, loud, ask inappropriate questions; struggling with poor peer relationships; invite or instigate aggression and bullying; and hit out and kick each other and their parents.

Child B has a confirmed learning difficulty and severe constipation leading to continual soiling throughout the day.

Child A has less learning difficulties than her brother although it is felt that she may plateau and then begin to struggle later on. She also has been reported to suffer from spina bifida, urinary tract infections and like Aaron suffers from severe constipation and incontinence.

WERE MR. AND MRS. PEACHER’S CHILDREN ABUSED OR DID THEY SUFFER FROM VACCINE INDUCED ILLNESS?

In 2000 Lisa Blakemore-Brown an independent applied psychologist, who specialized in ADHD, Asperger Syndrome and related disorders, wrote the book ‘Reweaving the Autistic Tapestry’. Her research focused on early intensive system intervention, and the increasing professional recognition of the overlapping features of ADHD and Asperger Syndrome. Her book has had worldwide recognition and is a must have for any parents with children suffering from ADHD, Autism and related disorders.

In the chapter Blakemore-Brown entitled ‘Definitions, Descriptions and Disorders’ (4) she describes disorders that Mr. Peacher feels are very similar to those his children were reported to have been suffering from. After reading her book which describes disorders such as autism and ADHD he told me that it was like reading descriptions written about his own children. Strangely however, he informed me that neither of the two children had ever been formally assessed by an expert.

What is even stranger is that Mr. Peacher swears that his children’s problems only began after they received routine vaccinations. His description ties in with what Lisa Blakemore-Brown has been saying for 17 years. In fact it is her belief that it was her outspokenness that led to a ‘witch hunt’ orchestrated by the minions to drive her out.

In 2005 Daniel Foggo writing for the Telegraph (5) wrote;

A former government adviser who has controversially linked infant vaccines to autism in children claims she is the victim of a disciplinary action “witch-hunt”.

The child psychologist Lisa Blakemore-Brown believes that her outspokenness has made her enemies in the pharmaceutical business and in the Government.

Ms Blakemore-Brown, 57, has expounded the theory that diphtheria, tetanus and pertussis inoculations routinely given to babies at two months could be linked to autism and a range of allergies.

She is facing disciplinary charges after being officially accused by the British Psychological Society of being potentially unfit to practice and of being paranoid.

Blakemore-Brown believes that thousands of parents worldwide lose their children when parents complain that their children’s autism/ADHD only began after routine vaccinations.